I have only one of Daniel's articles linked today as it must have been posted after yesterday's The Daily Greenfield. Normally I would wait until tomorrow, when I'm sure he would post a lot more on any number of subjects, but I thought this would be a good opportunity to focus on the crime "solutions" presented to the American public by the "leftist" paradise called California.   This insanity isn't exclusive to California, however, it is the social paradigm of Democrat controlled cities and states.

Yesterday someone on LinkedIn took objection to my observations about "evil" in yesterdays post, so let me address this in my October 6, 2019 commentary: The Left Isn't Just Wrong: It Really Is Evil! 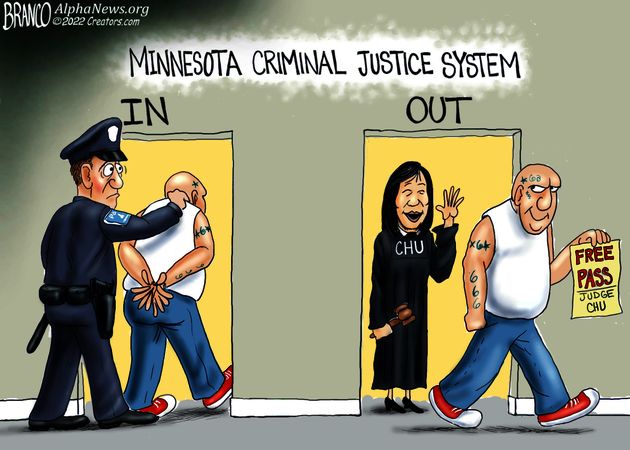 Soros DA Blames Victims for Letting Themselves Be Robbed

"You make it too easy for the criminals I let go as soon as they're arrested to steal from you," is a hell of a comeback.  But it's all Soros DA George Gascon has to offer after the latest wave of train robberies became so high profile that even Gov. Newsom had to come down for a photo op........... it doesn't change anything about his own job, which is to hold the criminals who break in to them accountable.  Blaming the victim here for allowing themselves to be robbed is just the final act of the drama...........17 comments