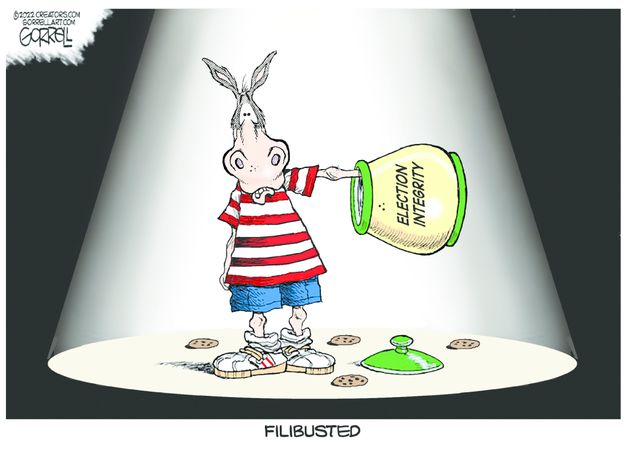 The Wisconsin Assembly voted unanimously in a voice vote in a privileged resolution to move forward Rep. Ramthun’s resolution to reclaim Wisconsin’s 10 electors for US President and Vice President who were certified under fraudulent purposes.  The voice vote was unanimous and passed the assembly earlier this evening.  The legislation will now move forward to the Wisconsin Rules Committee and to the Wisconsin Senate, bill 743.  The legislation was introduced by Rep. Timothy Ramthun.

How it happened: Rep. Ramthun bravely called for a point of order today, during an open session. He did this by using Assembly Rule 43 and asking was his resolution privileged and able to be passed on to the Rules Committee through an open session? Yes, the resolution was privileged. Then they were able to do a vote within the session that was currently taking place. And it was all “Yes”, an unanimous vote to move the legislation to the Rules Committee. So now the resolution will land at the Rules Committee. It’s in the hands of Speaker Vos, a Republican. So Speaker Vos and the rest of the representatives have ten days to answer back on whether he’s going to push it to the floor for a vote. It is not clear what the Wisconsin Senate did with it yet...........To Read More....

BREAKING BIG: Wisconsin Appeals Court Sides with Waukesha Judge in Banning Absentee Ballot Boxes — Wisconsin Election Commission Abruptly Cancels Emergency Meeting - By Jim Hoft  January 24, 2022  - Waukesha County Circuit Court Judge Michael Bohren issued a summary judgment decision earlier this month on January 13th banning ballot drop boxes in the state. Judge Bohren also ruled ballot harvesting was illegal in the state. The Wisconsin Elections Commission (WEC) issued memos to Wisconsin clerks in March and August of 2020 encouraging their use, stating that absentee ballots do not need to be mailed by the voter or delivered by the voter, in person, to the municipal clerk, but instead could be dropped into a drop box. According to WEC, ballot drop boxes can be unstaffed, temporary, or permanent................... 513 Comments

Breaking: Georgia Officials Tampered With and Deleted Hours of Ballot Box Video Before It Was Released to Investigators  By Jim Hoft January 25, 2022 - Garland Favorito and VoterGA held a press conference last Thursday at 10 AM Eastern to discuss the lack of chain of custody documentation on the state’s ballot drop-box implementation. According to Garland and VoterGA at least 100,000 Georgia ballots lack the adequate chain of custody documents from the 2020 election.  The number is likely much larger than this. Garland Favorito told The Gateway Pundit his investigation corroborates the True the Vote ballot box fraud investigation in the state of Georgia. Garland told us they still have no idea how many ballots came from drop boxes in 202o.  That number has not been provided by the state!  This is absolutely shocking that that number was never released.............414 Comments

BREAKING: Voter GA Confirms Over 100,000 Ballots in Georgia 2020 Election Missing Valid Chain of Custody Documentation, Additionally Drop Box Videos Have Been Destroyed - By Joe Hoft January 20, 2022 - Voter GA held a press conference today at 10 am Eastern. During the conference, the VoterGA team released two bombshells that prove the 2020 Election in the state should never have been certified. The first item involves the chain of custody documentation gathered and maintained during the 2020 Election. All ballots are to be accounted for with proper custody activities performed and documented. Documentation should be available for all ballots that come in the door. (Remember, Biden was given the state by only a 12,000 vote margin.)..............334 Comments

Posted by Rich Kozlovich at 6:45 AM