The first two decades of the 21st Century will go down in history as a time of amazing world confusion about energy supplies, particularly electricity.

This is all due to electricity planning being done too much at a political policy level, and not by engineers and scientists. This in turn was linked to an inordinate fear of supposed man-induced climate change linked to fossil fuels, primarily driven by extreme green activist groups. Sadly, much scientific logic was trampled under the feet of street demonstrators, clamouring for Mother Nature’s natural energy: wind and solar.

The result has been soaring electricity prices in many countries, and power shortages leading to blackouts, resulting in major economic and social upheaval.

There has also been significant interference from European countries in the affairs of African and other countries around the world, insisting that developing countries adapt their energy usage to European policies. But as electricity prices soared, voters demanded political answers.

A pan-European electricity grid had evolved to such an extent that countries were so electrically interlinked that essentially no country controlled its own electricity supply. Countries are now realising how dangerous it is not to have control over their domestic electricity.

Nuclear has rapidly gained much attention, not only because of energy security but also because it is undoubtedly environmentally “Green.”

Nuclear is the future

Thinking people have begun to realise the degree to which nuclear has been misrepresented to the public for decades. Without any doubt, nuclear power is the cleanest, safest, greenest and most reliable electricity available. It is also very inexpensive, if the calculations are carried out correctly. In carrying out financial calculations, it is imperative that we look at genuine life cycles, and genuine electricity systems. Sadly, this has frequently not been done, often by intent.

Major advantages of nuclear power are that it is highly compact; it requires an amazingly small amount of fuel; and its power output is very stable and reliable.

During standard operation, nuclear emits no waste of any sort to the environment; that includes carbon dioxide (CO2), which some people fear more than the plague.

In our modern world there is place for large nuclear power stations and small ones. “Large” means 2000 MW to 6000 MW power stations, composed of reactors in the 1000 MW to 1500 MW range. In contrast, “small” reactors are defined by the International Atomic Energy Agency (IAEA) as being in the 100 MW to 300 MW range. 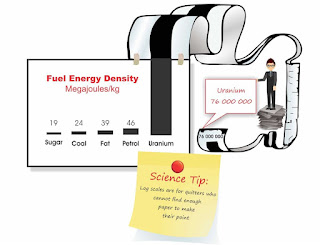 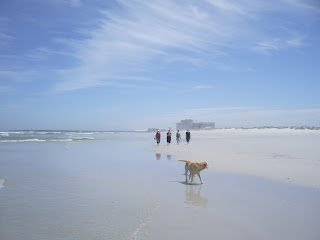 Large nuclear must be carefully sited to link into a National Grid. It is also constrained by needing to be near a large body of water, such as the ocean or major lake, for cooling.

South Africa decided to develop an advanced Generation IV gas-cooled reactor. One significant reason for this choice is that South Africa does not have much inland water, and the reactor was conceived to supply the mining industry and industrial hubs, which are frequently located in very dry areas.

What is an SMR? “Small” means; less than 300 MW, and “modular” implies some measure of mass-production to dramatically bring down costs and construction time. Many of the major substructures can be produced indoors in a factory environment where high precision fabrication machines can be used. Finished assemblies can then be transported anywhere to any site and merely assembled there.

Another important design feature of an SMR power station is that one can design a control room that can connect to, say, 10 reactors. But an owner can start off with only one, and then as time passes add extra reactors as demand increases. They then merely “plug-in” the new reactors to the existing control room. This allows for major flexibility in both energy planning and funding.

South Africa embarked on developing a Helium gas-cooled reactor with solid fuel in the form of fuel balls the size of cricket or lacrosse balls, containing tiny grains of Uranium. This fuel structure entails complex fabrication. A small fuel fabrication plant was built. The fuel has been extensively tested internationally and conforms to the highest specifications. 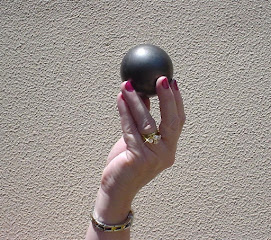 Pebble fuel fabricated in Pretoria, South Africa. Each Fuel Ball contains 9 grams of enriched Uranium A fuel team is currently developing another configuration of SMR fuel for a US company. This type of fuel is known as TRISO, (TRi-structural ISOtropic particle) or more colloquially “Pebble Fuel.”

However a number of other types of SMR are also being developed around the world.

The basic design issues are: how to get the uranium into the reactor; then how to get the nuclear heat out. A number of ingenious options are being investigated worldwide.

One design, which came about many years ago and is enjoying renewed attention, is the Molten Salt Reactor. In this reactor, Uranium is chemically bonded into a salt. There are no solid fuel pellets.

When the salt is heated it melts, and then can run like water. This liquid salt is then passed through the reactor, so the Uranium flows into the zone where the nuclear reaction takes place. It is there that the nuclear heat is produced.

Certain other designs, which have been referred to as SMRs, are actually just scaled-down versions of the Generation III Pressurised Water technology, in which conventional metal fuel elements are loaded at each refuelling cycle. These reactors must be sited near large bodies of water.

How do you get the heat out?

After enriched Uranium has been brought to the position where the nuclear reaction takes place, heat is generated. This heat carries the energy that must be routed to turbines to drive generators, which produce electricity. So the heat has to be removed from the reactor.

There are a few ways to do this, all with their own advantages. A Pebble-type reactor has Helium gas flowing through it to remove the heat. Other reactor designs employ the long-standing approach of water coolant.

An interesting approach, from decades ago, uses molten salt as a heat removal agent. In its early days this approach suffered a great deal from corrosion problems; but modern materials and technology have helped improve this technology a great deal.

Other heat-removal methods use a molten metal such as Sodium or Lead. Of course, metal is an excellent conductor of heat. So an early application for molten metal heat removal was in nuclear submarines, where space is critical, requiring very compact reactors. Molten metal has great heat conduction advantages, but Sodium and water are an explosive mixture.

Over 50 variants of the SMR concept are currently being examined in various countries. No doubt, as time passes, several of these will find specialist applications. Of course, it is very important for any potential SMR owner or operator to decide exactly what task an SMR should fulfil, and where it will be placed. These considerations are most important when deciding which reactor to use.

As mentioned, the liquid Sodium reactor was developed for the confined spaces in nuclear submarines. In the case of a more conventional coolant such as water or gas, it is most important to bear the surrounding circumstances in mind.

Fit an SMR to national circumstances

In the case of South Africa, people, particularly those from Europe, frequently do not realise how large the country is. South Africa is the same size as the whole of Western Europe added together. There are a number of mining and industrial areas which are 600 km to 800 km from the ocean, and with no major lakes available. So it was most important to develop a gas-cooled SMR which does not rely on any water.

Much of Africa is in a similar position. 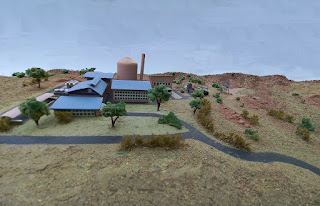 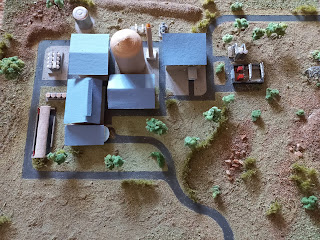 International investors are showing interest, and now it needs financiers who can see the future.

It is interesting to note that about a dozen African countries have already formally notified the IAEA that they intend to follow a nuclear future. A number of African countries already have national nuclear bodies in place.

It is eternally the case that the topic of safety is raised in connection with nuclear power – even though nuclear power is very safe. During the now infamous Fukushima incident in Japan, not one single person died or was injured by nuclear radiation. However, that fact has been kept from the public.

As far as an HTMR-100 is concerned, it is “walk away safe.” The reactor has been devused with “passive safety” built into the design. This means that, if something goes wrong, the reactor will always tend to shut itself down, by the natural laws of physics.

An HTMR-100 cannot melt down. If the worst possible event were to occur, the reactor will just shut itself down. If all cooling stops, the reactor will heat up a bit for 24 hours and then over the next 4 to 5 days will just cool down with no incident. That is “walk away safe.”

Opponents of nuclear power also love to bring up the waste issue. Just as sleeping pills or petrol will kill you if you do something stupid with them, so too can high-level nuclear waste. However, all three are safe when handled correctly.

Nuclear professionals handle all nuclear processes with the utmost care, using stringent procedures. The HTMR-100 complex has been designed such that 40 years worth of spent nuclear fuel balls, the high-level waste, can be safely stored on site in underground bunkers.

The government of each country must decide its disposal policy.

Nuclear power is the future of mankind. The world’s electricity insecurity experienced since 2020 has shown the way forward with great clarity.

Dr Kelvin Kemm is a nuclear physicist and CEO of Stratek Business Strategy Consultants, a project management company based in Pretoria, South Africa. He carries out business strategy development and project planning in a wide variety of fields for diverse clients. Stratek@pixie.co.za

Posted by Rich Kozlovich at 6:27 AM