A couple of days ago, I shared the most-recent data about “actual individual consumption” in nations that are part of the Organization for Economic Cooperation and Development. 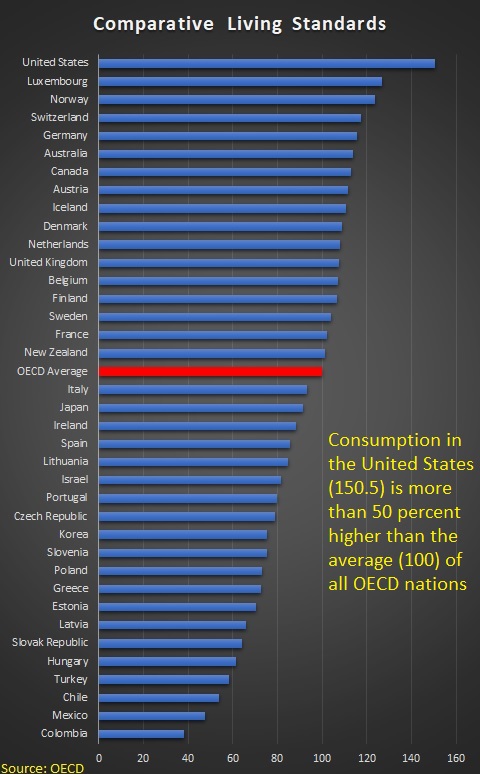 My goal was to emphasize my oft-stated point about people in the United States enjoying higher living standards – in large part because European nations are saddled with a bigger fiscal burden of government.  President Biden, however, wants to make the United States more like Europe.

What’s happening this week in Congress may determine whether he succeeds. Since I’m policy wonk rather than a political pundit, I don’t pretend to have any great insight on matters such as vote counting.

But I feel compelled to warn that adoption of Biden’s plan would have a negative economic impact.

And I’m not the only one raising alarm bells.

Professor Greg Mankiw of Harvard opined for the New York Times about Biden’s fiscal plan. He starts be noting that Biden’s plan is affordable.

President Biden and many congressional Democrats aim to expand the size and scope of government substantially. …People of all ages are in line to get something… If there is a common theme, it is that when you need a helping hand, the government will be there for you. …Western European nations have more generous social safety nets than the United States. The Biden plan takes a big step in that direction. Can the United States afford to embrace a larger welfare state? From a narrow budgetary standpoint, the answer is yes.

But affordable is not the same as sensible.

He points out that a bigger government will mean a smaller economy.

The costs of an expanded welfare state…extend beyond those reported in the budget. There are also broader economic effects. Arthur Okun, the former economic adviser to President Lyndon Johnson, addressed this timeless issue in his 1975 book, “Equality and Efficiency: The Big Tradeoff.” …As policymakers attempt to rectify the market’s outcome by equalizing the slices, the pie tends to shrink. …Which brings us back to Western Europe. Compared with the United States, G.D.P. per person in 2019 was 14 percent lower in Germany, 24 percent lower in France and 26 percent lower in the United Kingdom. …In other words, most European nations use that leaky bucket more than the United States does and experience greater leakage, resulting in lower incomes. By aiming for more compassionate economies, they have created less prosperous ones.

And less prosperous economies mean lower living standards, as honest folks on the left (such as Okun) openly admit.

That’s bad news for everyone, including lower-income people who theoretically are supposed to benefit from the various new and expanded redistribution programs in Biden’s fiscal plan. 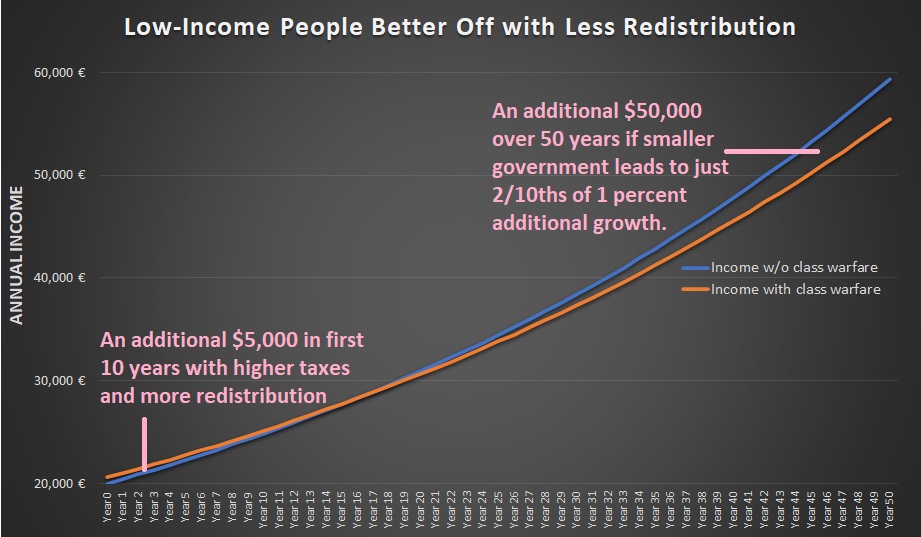 Yes, they may get money from government in their pockets in the short run, but even a small reduction in economic growth will lead to larger income losses in the long run.

The bottom line is that the American experiment has been successful. Why put it at risk by copying nations that aren’t as successful.

After all, you don’t want to “catch up” to countries that are lagging.

Posted by Rich Kozlovich at 5:47 AM