Is the Catholic Church finally showing some leadership?  Sure looks like it, with this Washington Post op-ed by San Francisco Archbishop Salvatore Cordileone:

As a faith leader in the Catholic community, I find it especially disturbing that so many of the politicians on the wrong side of the preeminent human rights issue of our time are self-professed Catholics. This is a perennial challenge for bishops in the United States: This summer, we provoked an uproar by discussing whether public officials who support abortion should receive the sacrament of the Eucharist. We were accused of inappropriately injecting religion into politics, of butting in where we didn’t belong.

I see matters differently. When considering what duties Catholic bishops have with respect to prominent laymen in public life who openly oppose church teachings on abortion, I look to this country’s last great human rights movement — still within my living memory — for inspiration on how we should respond.

The example of New Orleans Archbishop Joseph Rummel, who courageously confronted the evils of racism, is one that I especially admire. Rummel did not “stay in his lane.” Unlike several other bishops throughout this country’s history, he did not prioritize keeping parishioners and the public happy above advancing racial justice.

He goes into how Rummel cracked the whip on racists within the Catholic Church who were all in for segregated parishes and pews, a shocking thing, really, given that it radically goes against not just Church teaching but Church history. More about that later............To Read More. 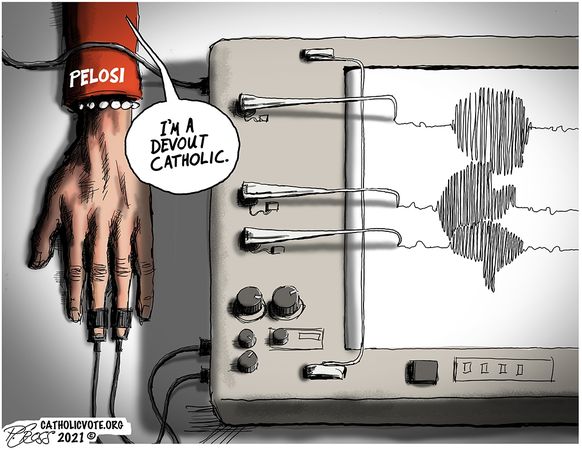