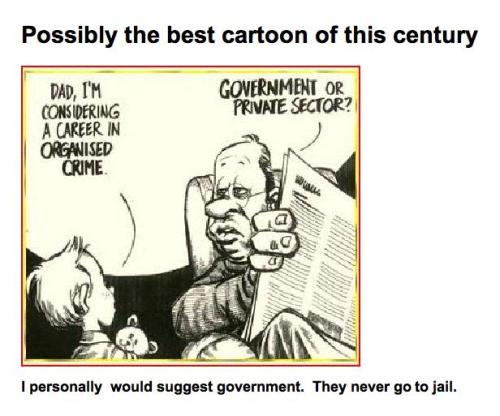 Trump has been President for more than 200 days and those of us who want more economic liberty don't have many reasons to be happy. Obamacare hasn't been repealed, the tax code hasn't been reformed, and wasteful spending hasn't been cut. The only glimmer of hope is that Trump has eased up on the regulatory burden. More should be happening, of course, but we are seeing some small steps in the right direction. Let's share one positive development. Professor Tony Lima of California State University opined back in January in the Wall Street Journal that Trump could unilaterally boost growth by ending a reprehensible policy known as "Operation Choke Point.".........Keep in mind, by the way, that Congress didn't pass a law mandating discrimination against and harassment of these merchants.  The Washington bureaucracy, along with ideologues in the Obama Administration, simply decided to impose an onerous new policy......To Read More.....

Posted by Rich Kozlovich at 7:02 AM