The Left's Values Are Our State Church

"Congress shall make no law respecting an establishment of religion..."


The First Amendment assumes that the proper sphere of government is policies, not values. And so it protects the right of political participation and prohibits a state church that would define values. 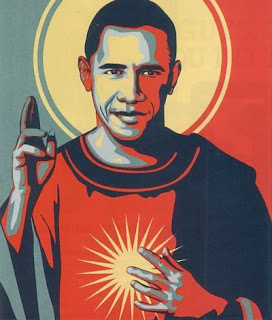 The government had the right to decide to go to war with France. It did not have a right to decide what you should believe. Politics extended into the realm of policies, not beliefs.

But as religious belief declined, politics replaced it as the repository of moral and ethical values. This transformation began on the left. The left was the least religious in the traditional sense. And the most likely to build up an ideology of secular values with which to displace traditional religious values.

The last century witnessed an extensive effort to scrub religious values out of government. But this effort was matched by an equally comprehensive project to replace them with the left’s own values. Unlike the wall between church and state, there were few legal safeguards against writing values into legislation if they were irreligious ones. The church was deemed to be the true threat. Not the state.

But the end result looks very much like an establishment of religion. Even in the church sense.

The values written into the legislation reflect those of certain churches, but not others. When nuns are forced to pay for birth control and Christian photographers with traditional beliefs are compelled to participate in gay weddings, the government is picking religious establishment “winners and losers”.

This isn’t about doctrinal battles or gay marriage. It’s about the culture war fallout from the left’s power to write its values into law and into the codes of conduct that hold sway in in private organizations.

We take the truth of our values on faith. They are a matter of subjective conviction, not objective fact. To those who believe in them, they appear to be the absolute truths of the enlightened. But they cannot be proven to be true in any meaningful way. You either believe in them. Or you don’t.

Google fired James Damore for questioning a tenet of its beliefs. That is in theory illegal. The search engine monopoly created forums in which employees were meant to discuss these very issues. Damore was not fired for expressing his views at work, but for politely expressing the “incorrect” view.

California law protects employees fired for both religious and political views. But the “hostile workplace” pretext that led to Damore’s firing is an example of how the left’s values are the basis of legislation. Much as “public accommodation” civil rights protect the demand to participate rather than the right of religious dissent, the protection of minority participation is at the heart of the left’s bid for equality. But this has never truly been a matter of law, but of values. The law mandates the elimination of obstacles. It does not demand that values winners and losers be chosen to achieve equality. That is a leftist bias.

The left defends imposing its values by force through outrage at selective “suffering” on the one hand and abstractions about the empowerment of participatory equality on the other. Ultimately though it cannot defend its values without reference to those values. That is typical of belief systems.

The left’s secular religion functions as a theocracy. It promises salvation through Socialism, warns that human sin will destroy the world through global warming and is engaged in a perpetual struggle against those who do not share its values. It wages war on religious freedom because it is a kind of religion.

There can be no political freedom where there is no religious freedom. Religion is more encompassing than politics can ever be. Politics addresses which policy best accomplishes a particular goal. Religion tackles the question of what the goal should be. If you don’t have the freedom to determine your own goals, then your ability to choose policies is as meaningless as some European elections.

Leftist systems seek to create “democratic” arenas in which we are free to disagree on policies, but not goals. They do this by writing values into the system so that only one sort of goal is deemed acceptable.

Deviations from the goal are not acceptable. Questioning the goal is heresy. And leads to sanctions.

Trump Derangement Syndrome, Google’s firing of James Damore and the violent attacks on conservative speakers are all examples of what happens when the goals are blasphemously challenged.

Politics is far more likely to turn violent over values rather than policy. That is why the Founders wanted politics to be confined to policy rather than values. We can rationally debate policy, but we can’t debate values. We can argue over what we feel to be true, but the revelations of our deepest selves cannot be proven. And when they are challenged, anger, hostility and even violence quickly follow.

They’re a religious war. The left has established its religion. And violence against heretics swiftly follows.

America is in the midst of an ugly conflict because our political system was hijacked by the Church of the Left. The legislative and judicial hijacking of our system has turned our politics into a culture war. To end the conflict we must return to a true understanding of the First Amendment. It is not the role of government to tell us what to think or what to believe. And any government that embarks on such a totalitarian enterprise will tear apart our society and destroy our way of life.

As the left is doing.
Posted by Rich Kozlovich at 7:58 AM