Will High-Value Taxpayers Vote with their Feet Against Biden?

For most of the world, American citizenship is highly coveted. Indeed, foreigners have even been willing to invest a lot of money to increase the odds of getting to the United States. 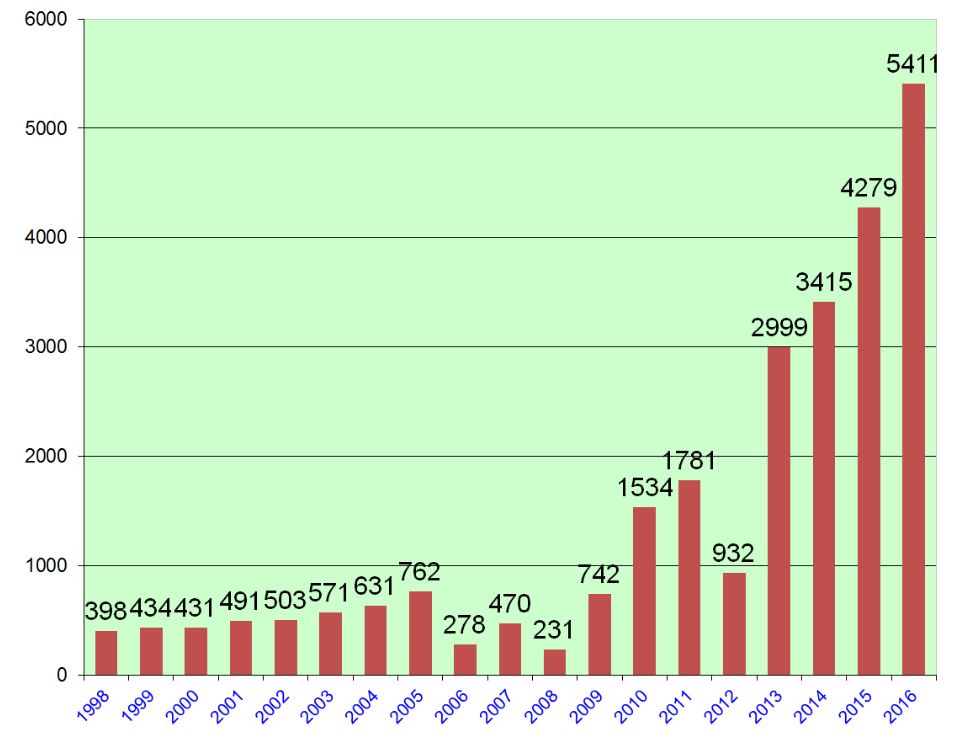 But changing one’s nationality is a two-way street. Beginning with the Obama years, there’s been a big jump in the number of Americans willing to give up U.S. citizenship.

Simply stated, these successful households make a completely rational assessment that the benefits of being an American aren’t worth the fiscal costs.

Especially if they already live overseas and are being victimized by “worldwide taxation.”

Sadly, it’s quite likely that more Americans will be giving up their citizenship if Biden is able to push through his class-warfare tax agenda.

Jennifer Kingson explains in an article for Axios.

The number of Americans who renounced their citizenship in favor of a foreign country hit an all-time high in 2020: 6,707, a 237% increase over 2019. …While the numbers are down this year, that’s probably because many U.S. embassies and consulates remain closed for COVID-19, and taking this grave step requires taking an oath in front of a State Department officer. …The people who flee tend to be ultra-wealthy, and many of them are seeking to reduce their tax burden. New tax and estate measures proposed by the Biden administration could, if implemented, accelerate this trend. …The IRS publishes a quarterly list of the names of people who have renounced their citizenship or given up their green cards. The numbers started swelling in 2010, when Congress passed the Foreign Account Tax Compliance Act, or FATCA, which increased reporting requirements and penalties for expats.

Here’s a chart from the article.

I speculated last year that the 2016-2019 drop was an indicator that Trump’s tax cut was having a positive impact.  But the spike in 2020 suggests I was being too optimistic.

Here’s some more analysis from the article.

As you can see, there’s a big backlog, so we only speculate how many Americans will be escaping the IRS in coming years.

David Lesperance, an international tax lawyer based…who specializes in helping people renounce U.S. citizenship, says that with coronavirus shutting down interviews for renunciation, the next lists will only contain relinquished green card holders, who can do it by mail. “There are probably 20,000 or 30,000 people who want to do this, but they can’t get the appointment,”…”It’s a year-and-a-half to get an appointment at a Canadian embassy,” he tells Axios. “Bern [Switzerland] alone has a backlog of over 300 cases.” …A lot of people who take this drastic step are tech zillionaires: Eric Schmidt, the former Alphabet CEO, has applied to become a citizen of Cyprus. …President Biden has proposed raising the top capital gains tax to 43.4%, and while it’s unclear whether that will pass, it did prompt a lot of calls to Lesperance from people wanting to find out which foreign countries might grant them citizenship.

By the way, this issue has macro consequences for the rest of us. Given the economic importance of innovators, entrepreneurs, and inventors, it’s bad news for the United States when they move to low-tax nations such as Singapore.

P.S. Companies also move from one country to another so they can protect workers, consumers, and shareholders from bad tax policy.

P.P.S. One of the most odious parts of American tax law is the imposition of Soviet-style exit taxes on people who want to change citizenship.

Posted by Rich Kozlovich at 4:42 AM