A Big (and Deserved?) Tax Increase for Washington, D.C.

I wrote last month about an encouraging wave of tax cuts at the state level. 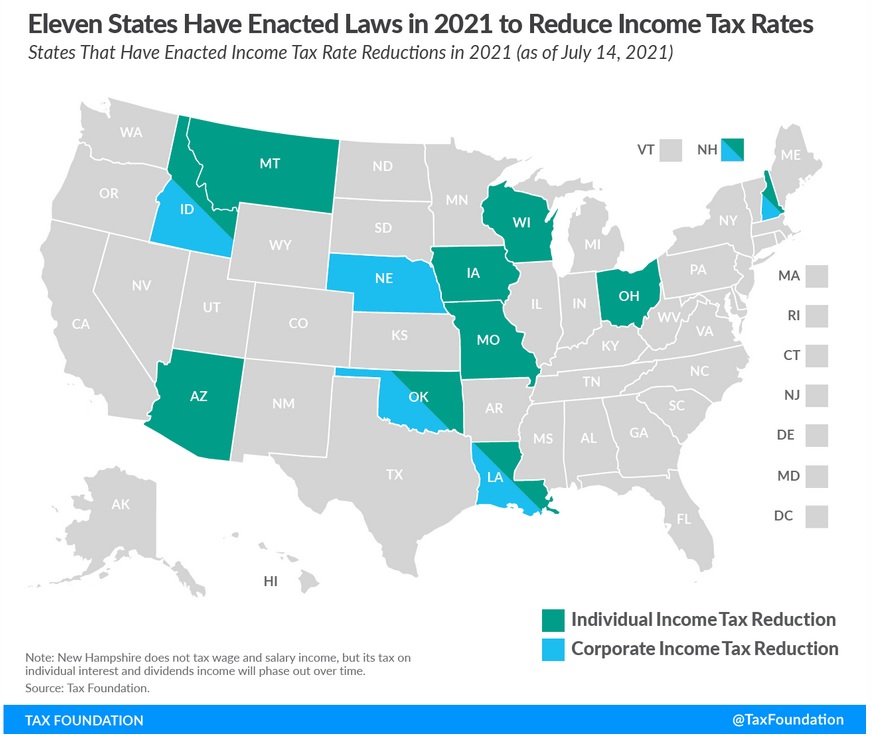 I’m particularly impressed by the tax-cutting plan in Arizona, which cleverly reversed a class-warfare scheme designed to enrich teacher unions.

Indeed, I’m a big fan of federalism in large part because good fiscal policy is more likely when state and local governments are forced to compete for jobs and investment.

But “less likely to misbehave” is not the same as “won’t misbehave.”

Notwithstanding the negative consequences, some jurisdictions are contemplating tax increases.

There’s also a plan for a class-warfare tax increase in Washington, DC.

I’m not referring to President Biden’s destructive tax plan (which you can read about here, here, here, and here). Instead, today’s column will focus on the tax increase being considered by the city’s local government.

Here are some excerpt from a report in the Washington Post.

An increasingly left-leaning D.C. Council voted…to raise income taxes on wealthy residents — a victory for advocates seeking tens of millions of dollars to spend…, but a puzzlement to others who saw no need for a tax increase in a year the city is flush with federal grant money. …the 2022 budget…includes generous spending on a long list of programs, mostly funded by the federal grants as well as other sources of local revenue. …The authors of the tax increase proposal…say that wealthy residents who were not financially hurt by the pandemic can afford to pay more.

To see which taxpayers are being penalized, here’s an excerpt from the Tax Foundation’s report on the proposed tax hike. 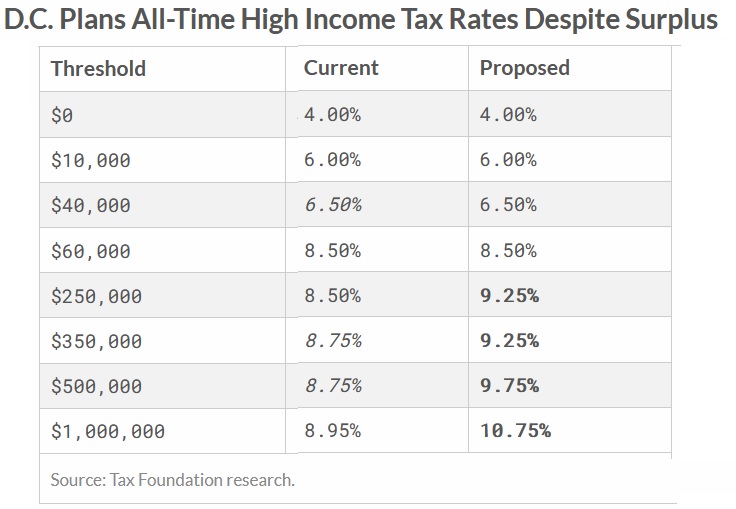 Interestingly, despite its left-leaning orientation, the Washington Post editorialized against the tax hike.

The council is now intent on ramming through a tax increase on wealthy residents that is driven more by ideology than any need for revenue or sound fiscal strategy. …as opponents of the tax increase pointed out, the District is flush with cash — about $3.2 billion in federal payments and grants, with next year’s local revenue projected to be $162 million more than pre-pandemic times.

The proposed $17.5 billion budget already reflects a growth in spending of 3.9 percent over the historically high spending in the current year. …the council’s slapdash approach could have troubling consequences. The District’s tax rates on income and commercial property are already the highest in the region. …states such as Illinois should serve as a cautionary tale: Its high taxes have driven residents and businesses to other states.

It’s not hard to imagine that someone making over $1 million — 0.7 percent of D.C. taxpayers, who pay 23.1 percent of the city’s income taxes — might find it more worthwhile to live in Arlington and pay one-third as much in taxes. What then happens…?

This is a remarkable editorial.  Indeed, it sounds like I could have been the author.

The difference between me and the Washington Post, though, is that I’m intellectually consistent.

Unlike the editors of that newspaper, I apply the same arguments when analyzing national tax policy as well.

P.S. While the D.C. Council’s plan is very bad tax policy, part of me will be amused if it gets enacted. That’s because Washington is filled with lobbyists, bureaucrats, contractors, and other insiders who get undeserved riches because they have their snouts buried in the federal trough.

Posted by Rich Kozlovich at 7:31 AM