Identified! 'Major cause of climate change'

Climatologist: It's not humans, fertilizers or methane from cow flatulence 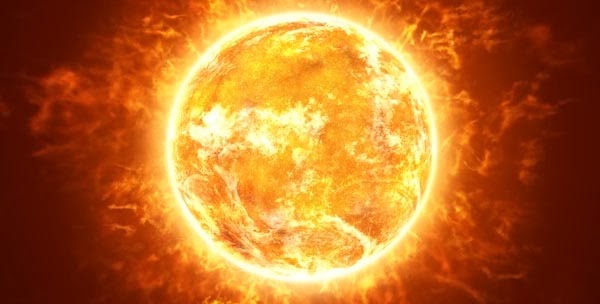 By Greg Corombos About | Email | Archive
Powerful forces at the United Nations, in national governments and inside the scientific community make life very difficult for scientists disputing the conventional wisdom on climate change, both personally and professionally, even though the real science is on the side of the skeptics.  That’s the assertion of Dr. Tim Ball……who revealed the true cause of climate change in a radio interview for WND…….“I even had (Canadian) scientists say to me, ‘Look, I’m a socialist and if I say I agree with you, then I’m immediately branded a conservative and I don’t want that to happen to me.’ I’ve also had a lot of scientists say, ‘I’ve watched what you’ve gone through with lawsuits and everything else. I’m keeping my mouth shut. I’m not going to say anything.’ So the intimidation factor has just been tremendous,” …….I’m not in favor of these surveys and the consensus argument. As soon as they started using that, that proved to me this was political because consensus has no place in science. As Einstein said, ‘I can have a hundred things that prove me right and only one thing to prove me wrong and that’s the end of it,’” Ball said………“That’s why a lot of scientists said to me, ‘We’re not prepared to go through what you’ve gone through.’ I sort of sympathize with that, but like Edmund Burke said, evil triumphs when good people stand idly by…..To Read More…..


My Take - I would love to know what the status is of Mann's SLAPP suit against Ball. I sent him an e-mail asking....but he didn't respond, and probably can't comment. However, his defense isn't the 'fair comment' defense. He's defending himself under what's called the 'truth defense' in Canadian civil suits. Also known as the 'scorched Earth defense'. I look forward to this reaching its climax, and that will occur when Mann turns over the documents demanded of him by the Canadian court.
Posted by Rich Kozlovich at 6:34 AM