The IRS played partisan politics during the Obama years by targeting taxpayer organizations such “Tea Party” groups. Now the IRS is at it again, this time leaking the tax returns of selected rich people to advance Biden’s class-warfare agenda.

There are two logical responses. 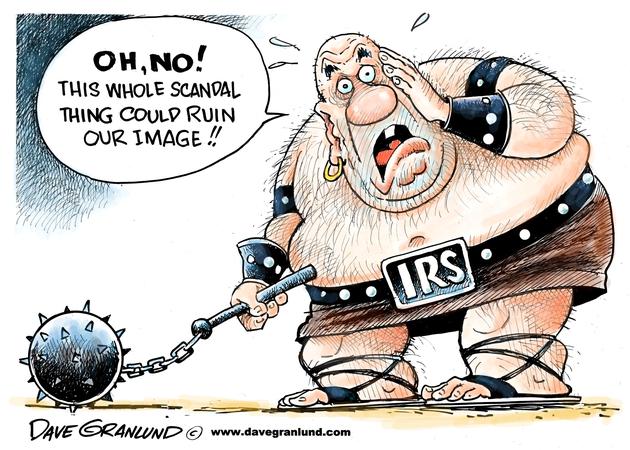 I suspect most Americans would select both options.  But the crowd in Washington has a different perspective. Most of them like the IRS because it’s the bureaucracy that generates the money that they use to buy votes.  Many of them want to reward the IRS with more money (including plenty of brain-dead Republicans), which is bad enough, but what’s really troubling is that some of them even want to turn the IRS budget into an entitlement.

In an article for Reason, Eric Boehm explains that Elizabeth Warren is leading the charge for this reckless proposal.

Sen. Elizabeth Warren (D–Mass.) says her plan to more than double the annual IRS budget would allow the federal government to collect an extra $1.75 trillion over the next 10 years. …her plan seems based on little more than a hunch and some bad math. …Warren’s “Restoring the IRS Act of 2021” would hike the agency’s budget from $11.9 billion to $31.5 billion. …It would also…move the IRS from the…federal budget’s discretionary side…to the mandatory portion of the budget, alongside Social Security and other programs that run on autopilot. …In practice, that means giving the IRS a big budgetary boost and giving the agency the authority to dig through bank accounts and transaction records.

The Wall Street Journal also is not impressed with the idea of rewarding a corrupt tax bureaucracy.

Here are some excerpts from its recent editorial, which notes that the Biden Administration also wants to turn IRS funding into an entitlement  .

The Internal Revenue Service leak of taxpayer returns to left-leaning media outlet ProPublica is a prime example of why Congress should refuse to give the tax agency more money and power. That includes President Biden’s little-noticed but politically consequential plan to put IRS funding on autopilot. …Like so much else in the Biden Presidency, this follows the Elizabeth Warren model. …The IRS would essentially become another mandatory budget program like Social Security and Medicare. …without the risk of having to answer to Congressional appropriators for its budget, the tax agency would have little to worry about. …Their plan would make sure the IRS doesn’t have to pay a price in the future for politically targeting taxpayers or leaking returns. The potential for abuse would grow since Mr. Biden’s plan would also give the IRS access to bank account inflows and outflows. …a tax collection agency shielded from Congressional budget supervision is one definition of tyranny.

All of this is true.

But let’s also remember that the case for more IRS funding (whether as appropriations or as an entitlement) is based on nonsensical and self-serving estimates of the supposed tax gap.

P.S. For those who want to understand the technical differences between entitlement spending and appropriated spending, click here.

P.P.P.P.S. The good news is that she is the impetus for some clever humor (see here, here, here, and here).

P.P.P.P.P.S. And she’s a hypocrite who doesn’t abide by her own policies.

Posted by Rich Kozlovich at 6:30 AM