All Things Great and Small ......Are Racist, Part IV 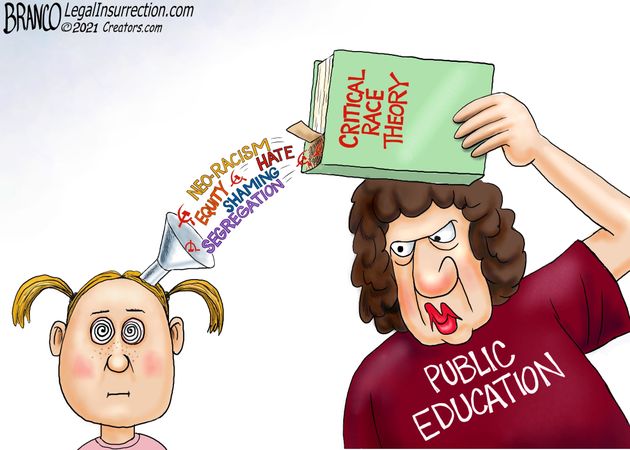 I've been tracking all things being declared racist for some time, but these claims are now so persistent, and aggressive, I decided to organize them and post them.  I started with this first piece on April 11, All Things Great and Small.....Are Racist!.  The fact is, this has become so persistent and so pernicious I've turned this into a series.  This administration, the media, and all those who are Woke are making these claims of racism the standard by which everyone must rally under.

On April 11 I posted, All Things Great and Small ........Are Racist, followed by Part II on April, then on May 3rd. I posted Part III, all of which is testimony of how dangerous this has become to the continued existence of America as we know it.

So then, and once again, the title of this article is based on that great British TV series which ran between 1978 and 1990 called  All Creatures Great and Small about British veterinarians in the 1930's.  Although the Church of Wokeness hasn't passed judgement yet, it was clearly racist!  Why?  There weren't any blacks in the show, which is clearly one of the arcane identifying clues used by the congregants of the Church of Wokeness to declare that something, anything, or for that matter, everything is racist, including....and get this..........Bird Names are now Racist.

According to this June 22, 2021 article by Eric Utter the names of birds must be changed because so many of them were named by William Alexander Hammond, who happened to use the "N" word, and since he wasn't a rap artist or black, all that he accomplished must be "eviscerated from the face of the Earth", including the names he coined for the birds he identified.

He makes an observation that should be obvious to the most casual observer:

In the same article, J. Drew Lanham, a Black ornithologist, is quoted saying that “conservation has been driven by white patriarchy.” Really? Could it be that whites organized and catalogued most of the natural world in part to protect it when no one else was doing so?

He then makes another observation that also should be obvious to the most casual observer:

There is no end to what one can find offensive if one is desperately looking to be offended.

Then of course there's this overriding issue of trees.  Trees, the presence of them or the lack of them, is, or can be declared racist.  Again, Eric Utter brings another racist outrage to our attention in his piece  'Tree Inequity' plaguing, noting"


It's worse than we thought.  It's bad enough that "peoples of color" are victims of racist math and racist bird names, but now we know they are also made to suffer from "tree inequity."..........The group claims that trees are disproportionally planted in those wealthier and whiter neighborhoods and that this has "deprived many communities of color of the health and other benefits that sufficient tree cover can deliver."  The USFS funds the utilization of a 100-point system to determine whether there are "enough" trees planted in a given neighborhood, known as the new Tree Equity Score............Conversely, the extraordinary numbers of well-off white people living in desert communities in Arizona and other locations often have few or no trees on their properties.  So perhaps, say, the Department of the Interior can institute new Cactus Equity and Golf Hole Equity scores.

What does that conclusion even mean? Most of the changes needed are in the use of language and the need to stop “lauding” white men..............The Archive wants to literally re-write history, apparently. You can’t make this stuff up.

It turns out black holes are racist.  Cornell course teaches black holes could be linked to ‘racial blackness’

Cornell University has introduced an astronomy course to explore the connection between the term black holes and “racial blackness” — proof, say critics, that even the hard sciences aren’t immune to universal “racial hysteria.” The course, titled “Black Holes: Race and the Cosmos,” uses work from black studies theorists, artists and fiction writers to challenge “conventional wisdom” about the role that race plays in astronomy.

“Conventional wisdom would have it that the ‘black’ in black holes has nothing to do with race. Surely there can be no connection between the cosmos and the idea of racial blackness. Can there?” reads the college catalog description.  Students at the Ivy League school are taught that readings, music and art “implicitly and explicitly posit just such a connection,” according to the description.

[the]idea of Standard English among teachers is used to maintain racist assumptions about “Black language.”  Bell stated it is evident that “anti-Blackness that is used to diminish black language of Black students in classrooms is not separate from the rampant and deliberate anti-black racism and violence inflicted upon black people in society.”“Teacher attitudes include assumptions that Black students are somehow linguistically, morally, and intellectually inferior because they communicate in Black language,”.......“The repeated references to ‘correct grammar’ and ‘standard language’ reinforce master narratives of English only as White and monolingualism and a deficit view of multilingualism......”
So then, everyone should speak any language they choose, no matter how incomprehensible it may be to most of society?   So then the answer must be a returning to the Tower of Babel scenario to this non problem?   Do I understand that correctly?  Of is it possible this is nothing more than an excuse for the fact blacks are failing at a huge rate in public and higher education, and misdirection from the fact education in America is a failure across the board, and she and her colleagues are part of the problem.
I just covered insane commentaries from those in academia.  The real question we should be asking is how do these blithering idiots land these cushy irresponsible jobs?  Answer?  Higher education is a snare and a racket controlled by leftist misfits, and both of these pieces are solid arguments for eliminating funding for higher education.
This must have really been a shock to Tom Hanks, NPR Attacks Tom Hanks' "Whiteness",  How "anti-racism" is rewiring our brains.  While Hanks has supported most issues of the left, it appears no one can be left enough, even after he posted a piece about how everyone should know about the 1921 Tulsa race war.
However, apparently this isn't enough for the congregants of the Church of Wokeness and NPR.  You see, being a "Non-Racist" is insufficient.  He now needs to be "Anti-Racist".   It turns out his work has focused entirely too much of the accomplishment of white people, so that's made it difficult of focus on the 1921 Tulsa race war.  Which I find interesting since I've know about it since 1960, and I was 14, so what prevented everyone from knowing about this?
NPR claims it's:
" Tom Hanks, Ron Howard, and Steven Spielberg made it impossible for anyone to make films about black people facing discrimination, because they all made successful movies that didn't feature black people facing discrimination. "Hanks and other stars need to talk specifically about how their work has contributed to these problems and how they will change. They need to make specific commitments to changing the conversation in story subjects, casting and execution. That is the truly hard work of building change." Part of that work is to "dismantle" ideas of white American men being heroes."
How about this as the real answer?  Reading?  If the leftist dominated education system was working as they claim, how could the nation be ignorant of this event?  Let's get this clear once and for all.  American education is a disaster.  Reading, writing, and arithmetic clearly isn't part of the curriculum.  How do I know that?  They don't read, they can't read well, they can't spell, they can't speak properly and without a calculator, they can't add, subtract, multiple and divide accurately.
They reason so many don't know about this is because they don't read, and it the lack of reading that causes ignorance, but ignorance only means we don't know, so ignorance is fixable by learning, but that requires reading.   When people refuse to do that they're no longer just ignorant, they're ignorant and stupid, and unfortunately, we're finding they're arrogant in the ignorance and stupidity.
More here by Eric Utter on this, but one thing is clear:
"The revolution eats its young," .........even a leftist hero like Hanks is not above an attack from the left reminds leftists: you can never be too pure. You must always be on your toes; you must always watch your back. A moment's deviation can result in a lifetime in the Gulag or an ice pick to the skull. The leftist revolution's mandate is always to destroy, never to create. You may as well cut your teeth by destroying the comrade standing next to you, in the same way that newborn hyenas routinely bite their twin siblings to death.
So, portraying white heroes promotes racism, then maybe what he should have done is portray black heroes?   Oh, wait, that would be cultural misappropriation.  And that's racist!

Even a race baiting, diversity promoting fraudulent mentally challenged President can't be excused for a  lack of purity by Church of Wokeness.   AOC Rips Biden Infrastructure Deal: All-White Bipartisan Negotiators Benefit ‘Structural Racism", and even capitalism is racist, as the Navy Chief of Operations, who's promoting all the insanity of the left into the military. refused to answer if capitalism is racist.  Clearly he was afraid to answer that question for fear of offending his new masters, the Magi of Madness at the Church of Wokeness.
Vince Coyner posted this piece asking, So America is racist? He points out something I keep harping on, definition, because it's definition that lead to clarity, saying
One would think, if America is to be considered a racist country, we'd want to know the definition of the word.  Who better to get that definition from than a giant of the anti-racist movement, Ibram X. Kendi, the author of How to Be an Antiracist?  Here's Mr. Kendi's definition of racism: "I would define it as a collection of racist policies that lead to racial inequity that are substantiated by racist ideas..."  Apparently, Dr. Kendi missed that day in kindergarten where the teacher said, "You cannot use the word you're trying to define in the definition of that same word."

Despite the dearth of data demonstrating that America is made up of actual racists, and indeed extraordinary proof to the contrary, the left persists...........  By proffering the fiction that America is racist, Kendi, the Democrats, and their comrades are leading the country into an inferno from which escape, in one piece and as one people, is highly unlikely

Finally, Swastikas in the brickwork, and the author points out, something that really is obvious to any rational person;  If you look for something hard enough, you'll eventually find it — even if it's not really there

Posted by Rich Kozlovich at 9:52 AM