Suppose Islam Had a Holocaust and No One Noticed


While Western newspapers were debating whether or not to reprint the Mohammed cartoons, in Nigeria as many as 2,000 people were massacred by the Islamic State in Nigeria, also known as Boko Haram, in what is being called the deadliest attack by the Muslim group to date. 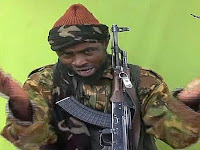 while shouting “Allahu Akbar”. "For five kilometers (three miles), I kept stepping on dead bodies until I reached Malam Karanti village, which was also deserted and burnt," one survivor said.


There’s a word for that. It’s genocide.


The Islamic State in Nigeria had reportedly managed to kill 2,000 people last year. This year they did it in one week. But we don’t pay much attention to what happens in Nigeria unless there’s a hashtag. No one has yet thought up a clever hashtag for the murder of 2,000 people. #Bringbackourdead doesn’t really work.


The Islamic State’s next target is Maiduguri, the largest city in Borno with a population of over a million. Known as the “Home of Peace”, if Maiduguri falls, the death toll will be horrific.


The Catholic Archbishop, Ignatius Kaigama, warned that the killing wouldn’t stop in Nigeria. “It's going to expand. It will get to Europe and elsewhere.”


Of course it already has, but not on the same scale.


“We will conquer Europe one day. It is not a question of (if) we will conquer Europe, just a matter of when that will happen,” an Islamic State spokesman had warned. “The Europeans need to know that when we come, it will not be in a nice way. It will be with our weapons.”


“Those who do not convert to Islam or pay the Islamic tax will be killed.”


Imagine that the burning towns and villages aren’t in Nigeria or Syria. Imagine them in France or Sweden. It’s not that great of a leap from armed cells carrying out attacks to a militia capturing entire towns and villages. They’re different phases in the same conflict.


Al Qaeda in Iraq went from a terror group carrying out suicide bombings to running a state in a decade. So did Hamas in Israel. There are already zones in Europe under the control of unofficial Sharia police. France has fewer Muslims than Nigeria and a more stable government with professional police and military forces. These two factors are the only ones keeping Islamic genocide at bay.


The massacres in France were carried out by the same types of men and movements responsible for the killings in Nigeria and Iraq. They just aren’t organized enough and still lack the numbers to conduct the same large scale genocide that they are already carrying out in Nigeria, Syria and Iraq. 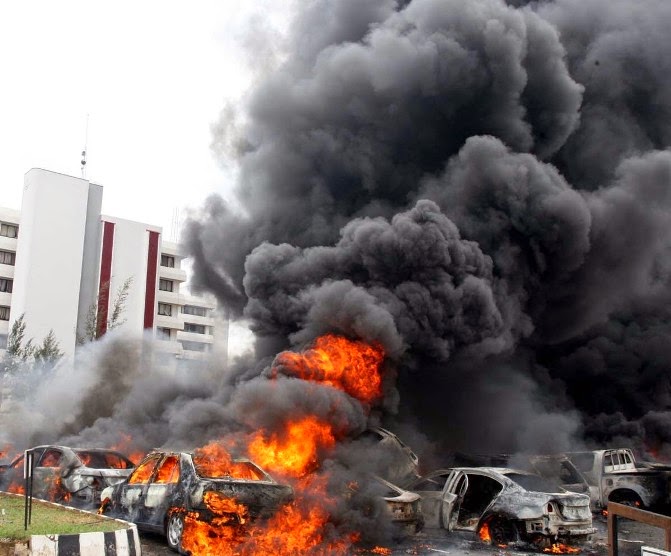 The usual excuses are there. The central governments are compromised, incompetent and corrupt. The only possible solution is political. The real issue is poverty. Meanwhile the killing and the denial go on.
The foreign policy infrastructure, the human rights NGOs and the self-important scribblers who presume to tell the world what is important in the pages of the New York Times and the Washington Post have fought hard to avoid connecting the killings by the Islamic State in Nigeria to the killings by the Islamic State in Iraq and Syria. And they have fought hardest of all to avoid connecting these killings to the thousands murdered in the streets of New York and the latest bodies strewn about Paris. The killings can be connected with three simple words; global Islamic genocide.


The European intellectuals of the last century were too fixated on their vision of a better world to understand what was happening in Germany and Japan. And what had to be done about it. While they dreamed of a world government that would do away with war, the killing had already begun.


The intellectuals of this century are equally unwilling to take their attention away from microfinance, climate change and world government to see the beginnings of a worldwide Holocaust underway.


Genocide isn’t new to Africa or the Middle East so they put it down to local tribal conflicts. Terrorism isn’t new to America or Europe, so they blame political extremism. Like the elephant and the blind men who touched its trunk and thought it was a snake, they respond to the local manifestation of Islamic genocide by seeing a familiar local phenomenon; tribal war, political extremism or minority problems.


What if the Islamic State killers in Nigeria who shout “Allahu Akbar” during their massacres share a motive with the 9/11 hijackers who were told to “shout 'Allahu Akbar,' because this strikes fear in the hearts of the non-believers”?


What if a common bloody thread of Koran verses runs through the massacres of non-Muslims in the Philippines and Kenya, in Israel and Australia, in France and China, in Thailand and Syria?


What if the acts of terror on the evening news are not random events, workplace violence, mental illness and political extremism, but the beginning of another global Islamic genocide?


The rise of Islam was not based on faith, but on mass murder.


Within a few centuries of the time that Mohammed had ordered the ethnic cleansing of Jews and Christians from the Arabian Peninsula, the massacre of millions of Christians, Jews, Hindus and Buddhists was underway across the Middle East through India and as far as Afghanistan.


The Islamic Holocaust was the greatest act of mass murder in human history. And it is still taking place today over a thousand years later.


"Those who cannot remember the past are condemned to repeat it," George Santayana wrote.


It would be a terrible thing indeed if we were condemned to repeat the mass murder of hundreds of millions and the eradication of entire civilizations under the black flag of the Jihad because we refused to remember the past or acknowledge the present. Because we were too afraid of being called Islamophobic to speak out for the dead around the world.


Genocide is an ugly word.


It’s a word that we have come to associate with villages in Africa or with old concentration camps in Europe. We don’t think of it as something that can happen to us or to our children.


In the face of genocide, our first duty is to warn the world.


The Counterjihad is a war for our survival. It is our resistance to global Islamic genocide.
Posted by Rich Kozlovich at 7:59 AM