Is Federal Spending Too Big to Be Overseen?

According to the federal government’s latest estimates, government programs for fiscal year 2013 paid out $106 billion “improperly,” payments, that is, that violated guidelines or rules in some way. Fraud is not the only reason, as the government reports. They can also result from simple clerical errors or a failure to confirm that a recipient was eligible to receive the amount of money that was disbursed. Whether owing to fraud, bureaucracy, or the complexity of program rules, $106 billion is a significant amount of taxpayer funds. Federal spending has grown too massive to be adequately overseen........... 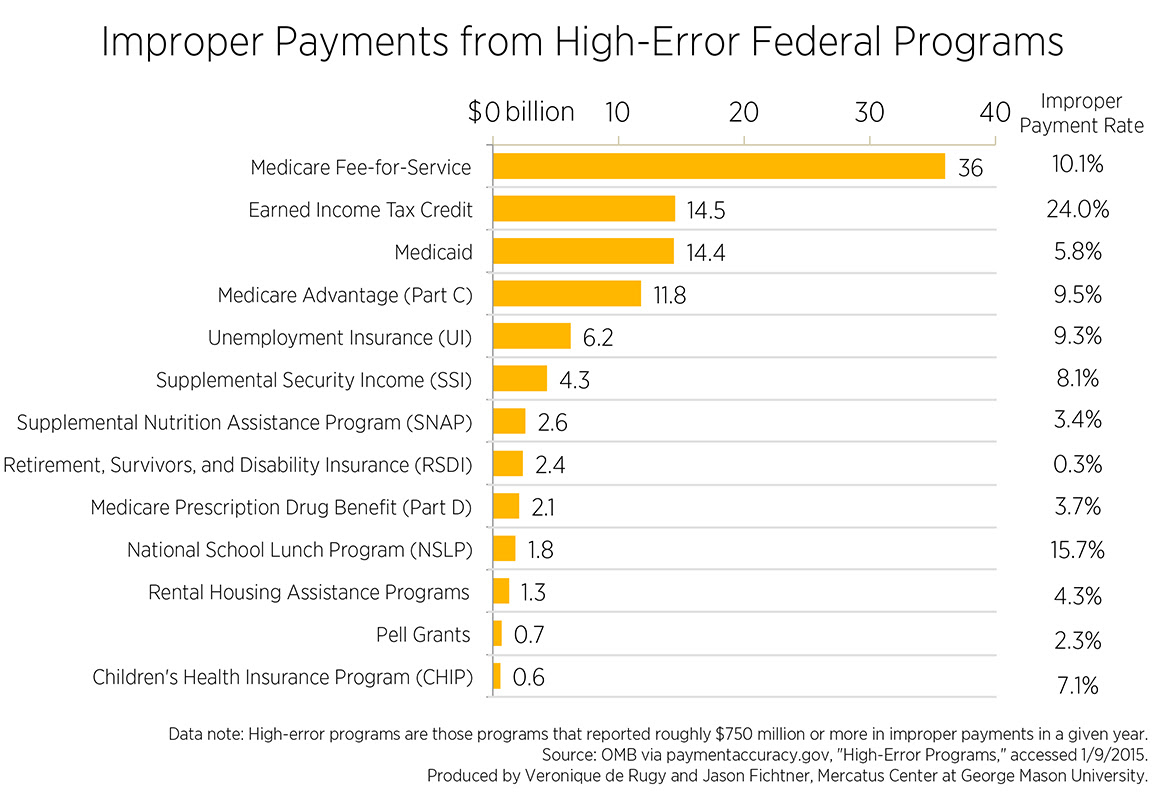 It is worth noting that the government’s figures are only estimates, and there is reason to believe they low-ball the amount of taxpayer dollars lost to fraud and bureaucratic ineffectiveness.......Waste, fraud, and abuse squander public resources. Policymakers on both sides of the aisle also recognize that the American people have little tolerance for waste, fraud, and abuse. In fact, it is difficult, if not impossible, to find policymakers who don’t tell their constituents that they’ll work to eliminate government waste. While people on both sides of the political aisle can debate the merits of whether or not government should be involved in certain activities, no one in good conscience should tolerate the high levels of improper payments currently associated with government spending on social welfare programs. Read More....
Posted by Rich Kozlovich at 7:16 AM