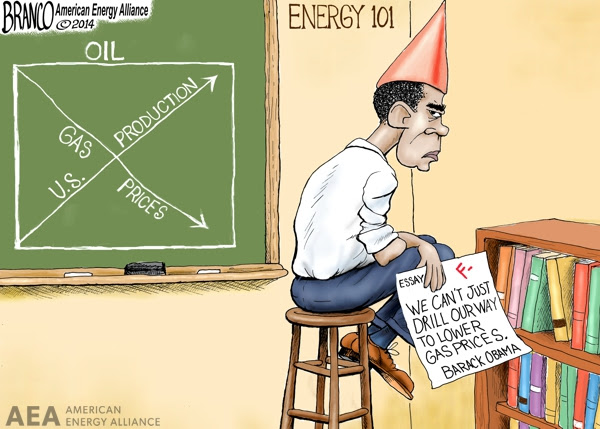 Republicans on Friday roundly rejected the Obama administration’s rules for hydraulic fracturing on federal land and pledged to fight them. The GOP warned that the regulations will hamper the nation’s economic recovery that has been bolstered by the boom in natural gas and oil production, much of which depends on fracking. “America’s energy boom is one of the best things going for our economy, and keeping it going should be one of the federal government’s top priorities,” Speaker John Boehner (R-Ohio) said in a statement. “Instead, the Obama administration is so eager to appease radical environmentalists that it is regulating a process that is already properly regulated.” --Timothy Cama, The Hill, 20 March 2015

Americans express the least amount of concern about climate change — 25% have a great deal of worry — confirming that despite widespread news coverage of the implications of changing temperatures, Americans are not highly worried about the issue. These data are from a March 5-8 Gallup poll, which asked Americans about the degree to which they are worried about each of a list of problems and issues. --Gallup, 17 March 2015


The storm which devastated Vanuatu is not, as some have said, due to climate change. Such winds are hardly unprecedented in the South Pacific. Inevitably quick off the mark after Vanuatu’s Cyclone Pam disaster were the climate ghouls to claim that this terrible event must have been caused by global warming. But equally inevitable was that the BBC would get in on the act. Thus Monday’s Today programme wheeled on Professor Tim Palmer, in charge of climate modelling at Oxford University, to confirm President Lonsdale’s worst fears. The fact that the BBC should choose only to interview those it knows will support its own ludicrously propagandist “narrative” on climate change – regardless of the facts – is, of course, nothing new. --Christopher Booker, The Sunday Telegraph, 22 March 2015

Over-fishing has been more important than pollution, which — with the exception of plastic litter in some places and nitrogenous dead zones in others — has mostly done less harm. Over-fishing has far more impact than climate change or ocean acidification. Indeed, the relentless focus by the “green blob” of environmental lobbyists on the latter has sucked attention and funds from the over-fishing issue. The climate obsession has not served the conservation movement well: it has been a red herring. --Matt Ridley, The Times, 23 March 2015

Posted by Rich Kozlovich at 9:10 AM