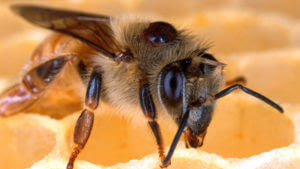 Even as a special White House created task force is poised any day now to address concerns over supposedly vanishing honeybees, new research suggests that the very premise of the federal investigation may be misplaced. Last summer, President Obama asked the Environmental Protection Agency to investigate conflicting reports that pesticides, and in particular a class of chemicals known as neonicotinoids, were the probable cause of mysterious bee deaths and declining numbers of beehives. The latest headline on farmers’ critical pollinator? The numbers of beehives are actually growing, continuing a multi-year improvement—gradually repairing the damage wrought by the 2006 mass bee die off known as Colony Collapse Disorder......To Read More.....


My Take - It's time to stop pandering to people who can't be appeased. We need to stand on a solid foundation of facts and challenge anyone who attempts to undermine who we are and what we do, and not let fraudulent "scientific" studies be a road block to reality.
We don't need politics! We need to stand up on our hind legs and defend ourselves, draw a line in the sand and clearly state “you will go no further”. We don’t yet know what clabber the White House will spew out, but anyone who thinks it’s going to be rational hasn’t been reading Paradigms and Demographics. If I’m wrong I will be happily surprised. However, this whole White House initiative isn’t about bees or any other pollinator. It’s about power and unrestricted land grabs, and I find it difficult to see them changing course now, no matter how much information is presented showing there’s no crisis, and there’s no need to “create habitat” for either birds, bees, bats or butterflies.
Posted by Rich Kozlovich at 6:31 AM