While I’m depressed about the election and America’s economic future, the news isn’t completely grim. Advocates of personal freedom are winning on the issue of guns. 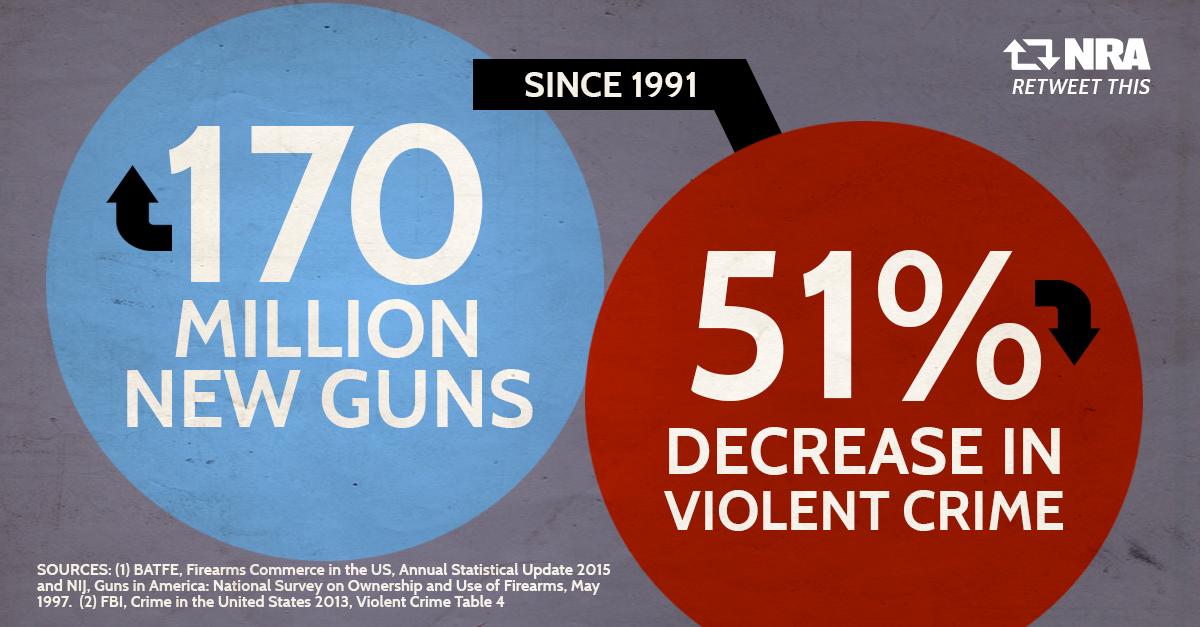 Gun ownership has become more pervasive and legal protections for the Second Amendment have expanded, all of which is very good news for those of us who want a more law-abiding society.

And we also get lots of clever humor on the issue. Though I must confess that I’ve been negligent about collecting and sharing examples of anti-gun control humor in recent months. I did have an amusing comparison of how Texans and Europeans fight terrorism last month, but otherwise you have to go back to 2015 (see here, here, here, here, and here) and earlier.

So it’s time to atone for this oversight with some new humor targeting the pro-gun control crowd.
We’ll start with a visit to the University of Texas, which has been the scene of protests because a handful of students are upset that the law has been reformed to allow concealed carry on campus.
David French of National Review looks at this issue with an appropriately sarcastic piece that mocks the left-wing students for their silly tactics.


On January 16, 2002, a former student at Appalachian Law School walked into the office of the school’s dean and opened fire. His rampage ultimately took the lives of the dean, a professor, and a student. As the shots rang out, most bystanders ran for their lives, but not all. Three students approached the shooter. One, a Marine veteran, was unarmed. The other two had raced to their personal vehicles the instant they heard shots fired and returned with their dildos. Wait. No. That’s not what happened. Sorry. They returned with their guns. As two students held the shooter at gunpoint, the Marine tackled him, ending the threat. The cost was still high: Three people died, and three more lay wounded. But at the end of the day, a bad guy with a gun was stopped by good guys with guns. I thought of this story while reading the fawning media coverage of Texas students protesting a new state law permitting license-holders to carry concealed firearms on campus. Students are out in force, waving . . . sex toys. The inevitable hashtag? #CocksNotGlocks. Mr. French points out the silliness of their anti-gun position.

…if University of Texas protesters, teachers, and officials believe that until classes started yesterday UT was, in fact, a gun-free campus, they’ve lost their minds. Before this new law, there were two types of people who had guns on campus: criminals and the handful of law-enforcement officers scattered across a vast university. Every single other responsible, law-abiding citizen was disarmed — utterly dependent on officers who could be minutes away. …if one a person thinks that a licensed concealed-carry holder makes the UT’s campus more dangerous, they’ve lost their minds. Let’s make this concrete. Imagine you’re teaching a class, and you know that Amy, a student in the front row, has a concealed-carry permit. Sitting next to her is Roxanne, who does not. You have no idea if either one of them is actually armed. Who’s more likely to shoot the teacher? Roxanne, and it’s not even close. Who’s more likely to save your life? Amy, and it’s not even close. …If you are in a classroom, and a criminal opens fire, would you rather have a dildo on your desk or a revolver in your backpack?

By the way, if you’re wondering why Mr. French is so bold in his claim that Amy is likely to save lives with her concealed-carry weapon, that’s because John Lot of the Crime Prevention Research Center has crunched the numbers and determined that people with concealed-carry permits are about the most law-abiding group of people in the nation.

Here are some excerpts from a story in The National Interest.


Concealed-carry permit holders are nearly the most law-abiding demographic of Americans, a new report by the Crime Prevention Research Center says… “Indeed, it is impossible to think of any other group in the U.S. that is anywhere near as law-abiding,” says the report, titled “Concealed Carry Permit Holders Across the United States 2016.”

So what group in the nation is better about obeying the law?

The article doesn’t say, though my guess is nuns.

If you guessed police officers, you’d be wrong.


The study compared permit holders to police, who committed 703 crimes from 2005 to 2007, and 113 of those were firearm violations. “With about 685,464 full-time police officers in the U.S. from 2005 to 2007, we find that there were about 103 crimes per hundred thousand officers,” the report reads. “For the U.S. population as a whole, the crime rate was 37 times higher—3,813 per hundred thousand people.” …“We find that permit holders are convicted of misdemeanors and felonies at less than a sixth the rate for police officers,” the report says. “Among police, firearms violations occur at a rate of 16.5 per 100,000 officers. Among permit holders in Florida and Texas, the rate is only 2.4 per 100,000.10. That is just one-seventh of the rate for police officers.”

In other words, the folks in Texas (like the hypothetical Amy in David French’s article) are statistically the one most likely to obey the law and protect against crime.

So the protesters at the University of Texas should be thankful the law has been changed and their campus is no longer a “gun-free zone,” which means that only law-abiding people are disarmed.

I’ll have to add this to my collection of humorous anti-gun control videos.

Let’s close by addressing the leftist argument that the Second Amendment only applies to the weapons that existed in the late 1700s.

I addressed that issue earlier this year in a tweet, but this poster does it far more effectively. 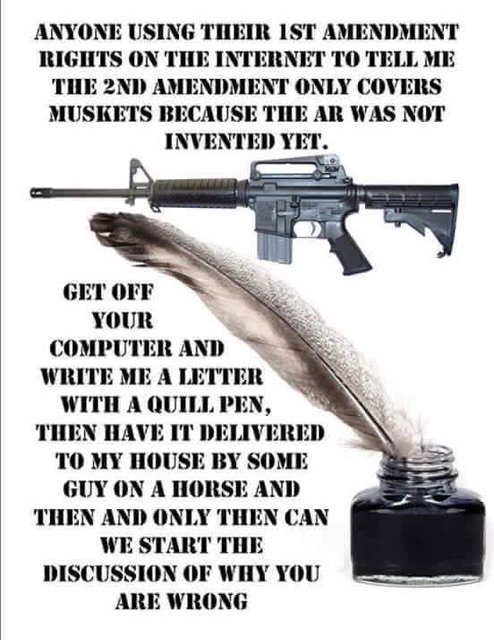 P.S. The best evidence that we’re winning on the issue of gun control is that more and more and more leftists are now admitting that private gun ownership is a good idea.
Posted by Rich Kozlovich at 1:18 AM