Peter Lilley Calls On UK Government
To Abandon Fatally Flawed Stern Review
London, 28 October: It is now ten years since the publication of the controversial Stern Review on the Economics of Climate Change. A new assessment of its evolution and shortcomings published today by the Global Warming Policy Foundation (GWPF) comes to a damning verdict.

Peter Lilley MP, a former senior UK Minister, and one of only five MPs who voted against the UK’s Climate Change Act, is calling on the Government to cease using the Stern Review to justify its climate policy and instead commission a new and genuinely independent review.

In a devastating analysis of the Review’s shortcomings, Lilley shows that as a result of a critical mauling from eminent economists, Stern has changed and radicalised his position on a range of fundamental issues:

Stern has adopted a new methodology, with a new (higher) discount rate and a new (tougher) CO2 target, resulting in a new (higher) cost of mitigation, a new (more scary) scenario if we do nothing, and new (alleged) health risks that are in fact unrelated to climate change.

“I hope the analysis contained in this new publication will help to bring much-needed sanity to this important, and at present highly costly, area of policy.” 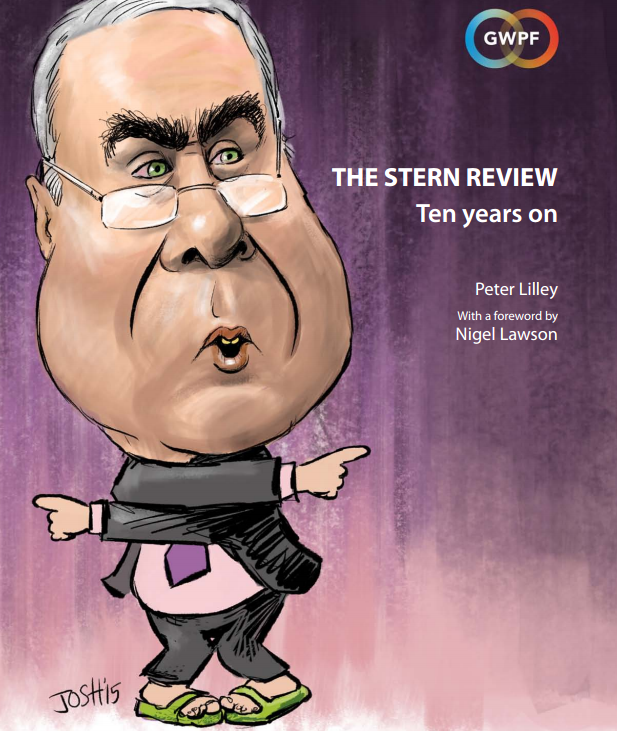