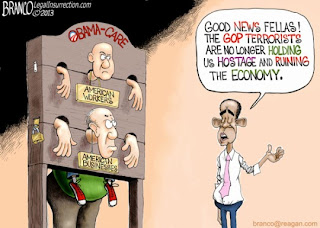 The Obama administration once gave us “man-caused disasters” for acts of terrorism and “workplace violence” for the Fort Hood shootings. Now it has trumped those past linguistic contortions by changing words to mask the Obamacare disaster.
The president and his advisers apparently knew long ago that millions of the insured would face cancellations or premium hikes once Obamacare was fully implemented. Yet to get the 906-page bill passed, they had to convince the public of the very opposite scenario. So they repeated ironclad guarantees that no one would lose their coverage or doctors — “period!”
Now the administration explains the deception by going after both the ethics of the insurers and the intelligence of the previously insured. That task required language to be altered. The newly canceled health plans are suddenly rebranded by the administration as “subpar.” Only in autumn 2013 is the supposedly unaware public told that, years ago “bad apple” insurance companies sold them “substandard” plans….... To square that huge circle, words had to change their meanings to fabricate a reality that did not exist.....To Read More…

My Take – I remember the Watergate Hearings and writers noted that Nixon’s myrmidons were going to make a lot of work for lexicographers trying to make sense of their use of the English language.  That is the first sign when looking for liars.  And these guys made Nixon’s boys true amateurs by comparison.
Posted by Rich Kozlovich at 7:24 AM