Microbiologists and toxicologists are quite familiar with the Ames test. It is literally textbook science that is taught to students all over the world.
The Ames test is brilliant in its simplicity. It was designed to assess how mutagenic (and therefore, potentially carcinogenic) a chemical might be. The test uses a bacterial strain that was purposefully mutated so that it is unable to grow on Petri plates that lack a particular nutrient. Every once in a while, bacteria spontaneously mutate back (so called "revertants") and are able to grow again. This is the natural background rate of mutation. 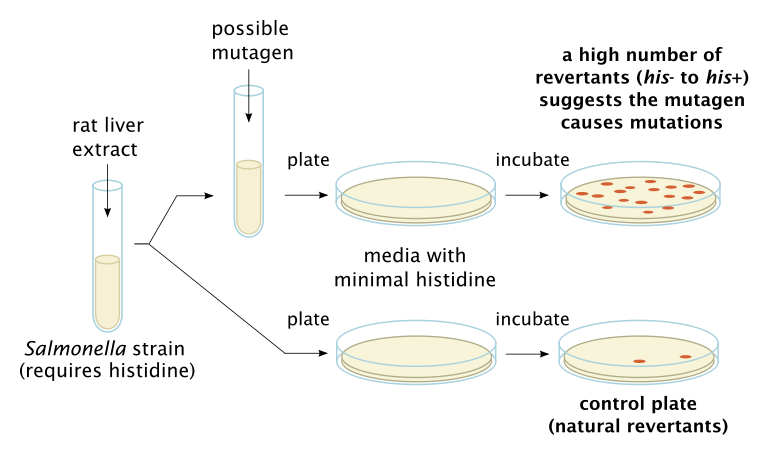 As mentioned above, this test is so well-known, that it is taught to students and employed in laboratories all over the world. The inventor, biochemist Bruce Ames -- who was once an advisor to ACSH -- is a world-famous and award-winning scientist who helped lay the groundwork for modern carcinogenicity studies. As a result, he is one of the most cited scientists in the world. He never won the Nobel Prize, but he probably should have.

None of that matters to the anti-GMO crowd, however. A man who is internationally lauded for his contributions to science is entirely written off. "We aren't impressed by industry apologists," GMO Free USA said.

Industry apologist? What did Dr. Ames do to deserve that smear? Nothing. He believes that people shouldn't worry about trace chemicals in their food or the environment. He once wrote a paper underscoring this: 99.99% of the pesticides we eat are made by the plants themselves.
For the crime of using evidence-based science to tell people to calm down, he's been painted as a villain by the anti-GMO movement.

Do Not Debate the Deliberately Ignorant. Defeat Them

It's one thing to debate a person who doesn't know any better. At least in theory, they can be convinced once they are shown the error in their thinking. But it's an entirely different matter debating a person who is deliberately and maliciously ignorant.

How do you debate somebody who insists against all evidence that 2 + 2 = 17, vaccines cause autism, and GMOs cause cancer?

I've come to the unfortunate conclusion that it is simply not possible. Some people are entirely immune to facts and knowledge. They cannot be reasoned with. So, the solution is not better science communication or more education funding, as is commonly asserted.

No, the solution is just to defeat them. Defeat them politically, and defeat them financially. In the arena of ideas, we must ensure that anti-GMO, anti-vaccine, and other anti-science activists are resoundingly humiliated and their lies tossed into the dustbin of history.
Posted by Rich Kozlovich at 4:08 AM