Editor's Note: I ran this originally on November 23, 2013, referencing the false Trayvon Martin narrative created by the media. This is just as valid with Michael Brown as it was then with Trayvon Martin. Trayvon Martin was an aggressive, violent thug, and it seems perfectly clear to me so too was Michael Brown.

With the insane effort by the current crop of Democrat party misfits running for POTUS, all working to 'victimize' groups in order to generate votes, it's obvious we're in need of a good dose of clarity.  Ergo, I thought it was necessary to publish this again.  RK


For the readers of Paradigms and Demographics this won’t be anything new, but (kudos to Fox) recently Fox News has been running features on a growing problem in the black community called “knockout”. According to black youths its 'just a game’. Interesting game! They pick out a person who is alone or seeming incapable of standing against a young violent thug…or thugs….and beat them senseless. The goal is to do it with one punch, but often times they just beat them to death. Men or women, it doesn’t matter, just so long as they're white. 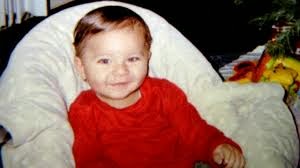 Posted by Rich Kozlovich at 3:30 AM

Email ThisBlogThis!Share to TwitterShare to FacebookShare to Pinterest
Labels: Antonio Santiago, My Commentary, Race, Tell Me Their Names