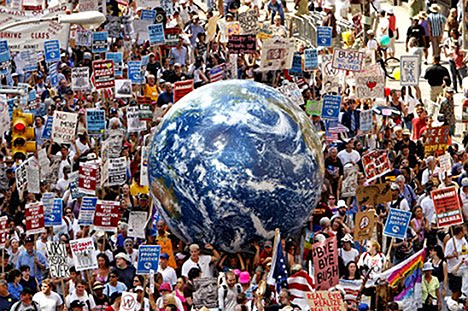 It is a sure sign that the advocates of the “global warming” and “climate change” hoaxes know that the public no longer believes that the former is occurring or that the latter represents an immediate, global threat.


Even though the “climate skeptics”, scientists who have produced research proving false methodology and the conclusions based on it are quite few in number, an effort to silence them by smearing their reputations and denying funding for their work has been launched and it is based entirely on a lie.


Scientists are supposed to be skeptical, not only of other scientist’s findings, but their own. Good science must be able to reproduce the results of published research. In the case of the many computer models cited as proof that global warming was occurring or would, the passing years have demonstrated that none were accurate.


As Joseph L. Bast, president of The Heartland Institute and Joseph A. Morris, an attorney who has fought in several countries to defend free speech, wrote in a February 24 commentary, “The Crucifixion of Dr. Wei-Hock Soon”, of an article co-authored with Christopher Monckton, Matt Briggs, and David Legates, and published in the Science Bulletin, a publication of the Chinese Academy of Sciences “The article reveals what appears to be an error in the computer models used to predict global warming that leads models to over-estimate future warming by a factor of three.” (Emphasis added) Their commentary has been downloaded more than 10,000 times!


“If the work of Soon et al is confirmed by other scientists, the ‘global warming crisis’ may need to be cancelled and we can all enjoy lower taxes, fewer regulations, and more personal freedom.” However, “having failed to refute the article, environmentalists turned to smearing the authors.” 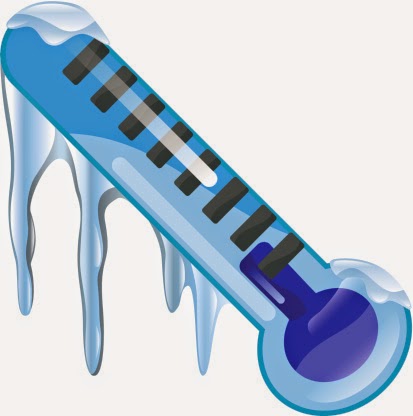 Little wonder the “Warmists” are worried; the Earth has been in a cooling cycle since 1996. People are noticing just how cold this record-breaking and record-setting winter is.


The attack on Dr. Soon began with a Greenpeace news release that was republished on the front page of The New York Times on February 22nd. Despite its august reputation, The Times' coverage of climate issues has been an utter disgrace for decades. As public interest waned, it eliminated its staff of reporters exclusively devoted to writing about the “environment.”


Myron Ebell, a climate change skeptic and director of Global Warming and International Environmental Policy at the Competitive Enterprise Institute, noted on February 27th that the Greenpeace attack on Dr. Soon of the Harvard-Smithsonian Center for Astrophysics claimed they had secured $1.2 million in funding for his research over the past decade and that it came from energy corporations, electric utilities, and charitable foundations related to those companies.  The truth, however, is “that the grants were made not to Dr. Soon but to the Smithsonian, which never complained while taking its sizable cut off the top.”


Columnist Larry Bell who is also an endowed professor at the University of Houston, disputed the Greenpeace claim, saying, “First, let’s recognize that the supporting FOIA documents referred to an agreement between the Smithsonian (not Dr. Soon) and Southern Company Services, Inc., whereby 40 percent of that more than $1.2 million went directly to the Smithsonian” leaving “an average funding of $71,000 a year for the past eleven years to support the actual research activities.”


Focusing on Greenpeace and its Climate Investigations Center which describes itself as “a group funded by foundations seeking to limit the risks of climate change”, Bell asked “Do these activist organizations make their estimated $360,000,000 annual funding publicly available?” Bell said “Ad hominem assaults disparaging the integrity of this leading authority on relationships between solar phenomena and global climate are unconscionable.”


“All told,” noted Driessen, “more than 16,000 American environmental groups collect(ed) total annual revenues of over $13.4 billion (2009 figures). Only a small part of that comes from membership dues and individual contributions.”  With that kind of money you can do a lot of damage to scientist’s reputation.


They fear that the public may actually learn the truth about “global warming” and the fear-mongering claims about “climate change” does not stop with just the environmental organizations. At the same time The New York Times was printing the Greenpeace lies, U.S. Senators Ed Market (D-Mass), Barbara Boxer (D-CA), and Sheldon Whitehouse (D-RI) joined together on February 25th to send letters to 107 companies, trade associations, and non-profit groups demanding comprehensive information about all funding of research on climate or related issues.


Among the groups receiving the letter were two for whom I am a policy advisor, The Heartland Institute and CFACT, but others include the Competitive Enterprise Institute, the George C. Marshall Institute, the American Legislative Exchange Council, and the American Energy Alliance.


Following The New York Times article, Rep. Raul Grijalva (D-AZ), the ranking Democrat on the House Natural Resources Committee, sent letters to the presidents of seven universities asking them to provide details about seven professors who are either prominent global warming skeptics.

As Rich Lowrey, editor of the National Review, pointed out on February 27th, that "Science as an enterprise usually doesn't need political enforcers. But proponents of a climate alarmism that demands immediate action to avert worldwide catastrophe won't and can't simply let the science speak for itself."


This is not fact-finding. It is an act of intimidation.
And it looks like a carefully organized effort to quash any research that might dispute “global warming” or “climate change” as defined by the Greens and by both the President and the Secretary of State as the greatest threat we and the rest of the world faces.


The greatest threat is the scores of environmental organizations that have been exaggerating and distorting their alleged “science” in order to thwart development here and around the world that would enhance everyone’s life. Now they are attacking real scientists, those who are skeptical of their claims, to silence them.


This is what fascists do.


Editor's Note: My friend Alan Caruba passed on June 15, 2015. Alan's work is insightful, logical, factual, and has a timeless about it. Alan had given me blanket permission to publish his work when he was alive. I had intended to archive many of his articles, but like most of us, I got caught up in life. Well, that effort is long overdue, so every week I intend to publish one or more of of his old articles from Warning Signs starting from the last one published as a tribute to my friend, Alan Caruba. Please enjoy Caruba's Corner!

Posted by Rich Kozlovich at 6:20 AM