Caruba's Corner: Too Many Lies, Too Much of the Time 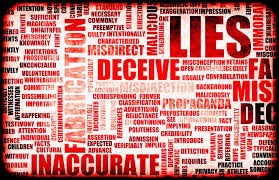 “He who permits himself to tell a lie once, finds it much easier to do it a second and third time, till at length it becomes habitual; he tells lies without attending to it, and truths without the world's believing him. This falsehood of the tongue leads to that of the heart, and in time depraves all its good dispositions.”
-- THOMAS JEFFERSON, letter to Peter Carr, Aug. 19, I am beginning to wonder if Americans have grown so accustomed to the lies told by the President, his administration, and others said to be highly regarded, that we are losing a sense of outrage?


To the degree that Brian Williams’ serial lies have evoked a national discussion, it’s good to know that most people think he has lost credibility to the point of not being a news anchor, but one still has to wonder what NBC will do at the end of the six month suspension it has imposed on him. I am cynical enough to think he may be offered a job at MSNBC. 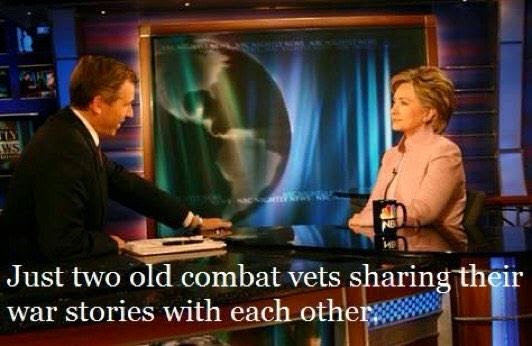 It is far more significant that, regarding the leading candidate to be the Democratic Party’s choice to run for President in 2016, we know she engaged in similar lies of having been “under fire.”

It’s one thing to expect politicians to lie, but the nation’s future is at stake when we still do not know the truth of Hillary Clinton’s full role in the Benghazi attack that left a U.S. ambassador and three others dead. She was the Secretary of State at the time and we watched her stand at his side as the President attributed the attack to a video no one had ever seen. The fact that the attack occurred on the anniversary of 9/11 was conveniently ignored.


The refusal to identify the Islamic State (ISIS) as an enemy representative of the global jihad is not just politics. It is a lie on the order of the President’s assertion that “The Islamic State is not Islamic.” As we are repeatedly reminded, if you cannot or will not identify an enemy, you are leaving yourself and, in this case, the nation open to attack.


Indeed, many elements of the Obama administration have engaged in lying on a level that goes beyond “politics.” It is a deliberate attack on science itself when the EPA, NOAA and NASA actively engage in distorting data to say that the Earth is warming when it has been in a well-established cooling cycle for 19 years at this point.


How are we expected to maintain any confidence in an administration that lies about employment statistics and other critical data we need to know regarding the economy?


The lie about “income inequality” is the core rational for Communism. There is no such thing as equality when it comes to income because some people enjoy higher pay for higher skills, higher productivity, and higher responsibility. We don’t pay “sanitation engineers” the same as we pay real engineers. And you don’t create new jobs by raising the minimum wage when it will reduce existing and potential new jobs.


Most dramatically, it was a series of lies told by the President that led to the passage of ObamaCare. Its two thousand-plus pages were not read by the exclusively Democratic members of Congress who passed it and, today, we learn that it is a major contributor to the nation’s deficit which is the result of the government spending more than it takes in. For the past six years Obama’s policies have added trillions to our national debt, now $18 trillion and growing. It is going to be a burden on generations to come.


There is no evidence of the tax reforms that Congress knows are needed, nor reforms to the entitlement programs that are just years from becoming insolvent.


Whether it is domestic or foreign affairs, Americans have been at a loss to expect the national press to address the lies because they would have to abandon the protection they have afforded the President for the past six years. Only one news service, Fox News, is credited with providing the truth. Fortunately the Internet has provided access to many other outlets where the truth can be found. And, yes, many that maintain the lies.


There is always a far higher price to pay for believing lies than knowing the truth.
We expect our enemies to lie. We should not expect our government to do so in such a routine and obscene fashion.

Editor's Note: My friend Alan Caruba passed on June 15, 2015. Alan's work is insightful, logical, factual, and has a timeless about it. Alan had given me blanket permission to publish his work when he was alive. I had intended to archive many of his articles, but like most of us, I got caught up in life. Well, that effort is long overdue, so every week I intend to publish one or more of of his old articles from Warning Signs starting from the last one published as a tribute to my friend, Alan Caruba. Please enjoy Caruba's Corner!
Posted by Rich Kozlovich at 5:14 AM