Memo to millennials, that awful feeling you've got is called losing. It happens. If you want to know how to win, stop whinging for a bit and learn some lessons from Trump

By Piers Morgan for MailOnline 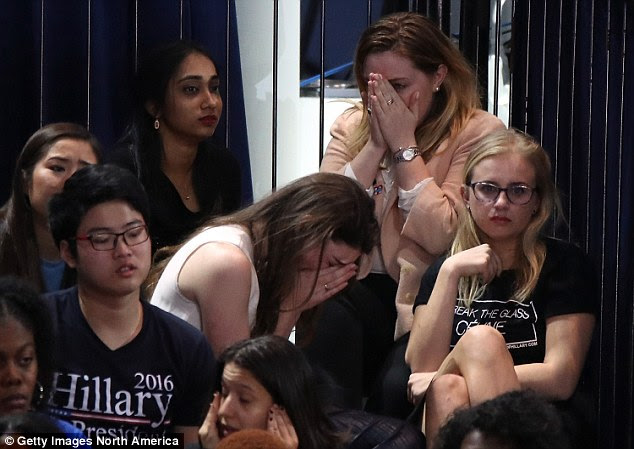 Cheer up, American millennials! I mean, seriously, CHEER THE **** UP! Oh, I know you’ve had a rough week ever since Donald Trump won the election. But it’s time to get a grip. STOP crying. STOP taking personal days off work to ‘process’ what happened.   STOP huddling with your equally distraught buddies in Starbucks over your Venti Iced White Chocolate Mocha. STOP howling away on social media about how unfair life is and how it’s the end of the planet as we know it.  STOP updating the exact number Hillary won the popular vote by, because it doesn’t bloody matter. ... Read more

My Take - Recently one reporter commented it was gratifying to see the adults have finally returned to the White House.  When it appears Piers Morgan is the only adult in the room, this article is firm confirmation of how accurate that statement was as we see just how childish and fragile the left really is  That's almost spooky!

Posted by Rich Kozlovich at 2:14 AM

Email ThisBlogThis!Share to TwitterShare to FacebookShare to Pinterest
Labels: Millennials