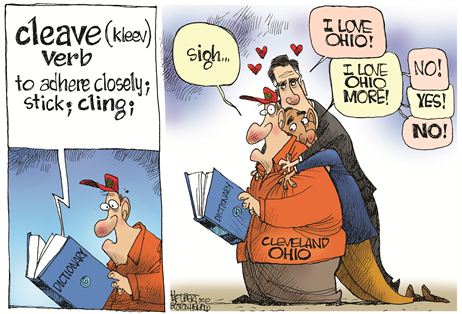 I've lived in the Cleveland, Ohio area for most of my life and I intend to spend the rest of my life here. Cleveland is a great town!We have so many things here that are so unappreciated, even by our own citizens.

We have a large cultural venue here in Cleveland:
The big knock on Cleveland is always the weather. The joke here is if you don’t like the weather just wait a minute; it will change. We have tough winters, and hot summers. But that is what makes us strong, but there are days when the weather is so fabulous you feel pity for those poor people who are trapped inside all day long, especially in the spring and fall. And we have never lost as many people, or had so much property destroyed by all the winters in the last 100 years, as hurricane Katrina did in one year.

In the past we have been the brunt of late comedy show jokes, we have been laughed at, snickered at, and ridiculed because our river caught on fire. But that is a mischaracterization of my town, and now all the national politico's love Cleveland. They just won't stay away. We just can’t seem to get them to stay away. We resent it when celebrities can get tickets to see an Indians World Series game over season ticket holders and we really hate to have our traffic all tied up to accommodate outsiders.

Does that attitude offend anyone? If so....get over it because we really don't care! This is Cleveland!

Posted by Rich Kozlovich at 5:50 AM

Email ThisBlogThis!Share to TwitterShare to FacebookShare to Pinterest
Labels: Cleveland, My Commentary