As we read and follow these stories we have to wonder; how we came to be in such a mess. Part of the problem is we don't get the right information from the media. If it hadn't been for the internet we would be stuck with the Kyoto Accords, just like we are stuck with the Montreal Protocol; which is an equally outrageous piece of junk science and would have never passed if the internet was in existence at the time. These massive expenditures into the green abyss are a direct result of Rachel Carson's book Silent Spring.

But you say; her book had nothing to do with this! Not directly no, but Silent Spring is foundational to everything that has taken place since it appeared fifty years ago this year in June. It laid the ground work showing how junk scientist could get their views published without going through peer review, it established a mentality that everything man does is evil, it demonstrated how to intimidate politicians and bureaucrats, it demonstrated that corporations could be intimidated into ‘obeying’ green activists and it was and is the emotional foundation for the modern environmental movement.


Eco-Radical Defrauds Conservative Institute
What started as a spirited debate over global warming has turned into another scandal that has further discredited the motives and actions of the people who maintain that humans are having a devastating effect on the world’s climate. Dr. Peter Gleick, president and co-founder of the Pacific Institute, an environmental research and advocacy organization based in Oakland, California, has admitted to fraudulently obtaining confidential documents from the Heartland Institute…..In the past, Heartland used to release its donor list, but stopped doing so after radical opponents used that information to try to harass funders….Gleick called the Heartland Institute, identifying himself as a Heartland board member whose e-mail address had changed. A Heartland staffer then sent Gleick confidential documents based on the doctor’s false identification …..Nonetheless, a……crude forgery, [appeared] full of ridiculous, inflammatory phrasing that no public policy organization would actually use, along with statements that were obviously clumsily cut and pasted from legitimate documents. (Read Meagan McArdle’s devastating deconstruction of the fake strategy memo here.) another example of how the alarmist crowd continues to abandon any pretense of objectivity or morality in order to get their way….the high-priests and priestesses of the global warming religion will stop at nothing to stamp out heretics.

Three Oscars, but still no degree in toxicology
What’s the difference between Meryl Streep and a qualified toxicologist? Well, chances are that a toxicologist won’t presume to lecture publicly on method acting, but Streep apparently has no qualms about advising us on matters of chemical safety. In 1989 Streep was at the forefront of a contingent that believed the plant growth regulator Alar was turning the nation’s apples carcinogenic. ACSH’s Dr. Elizabeth Whelan led a counter-movement by recruiting numerous expert scientists to rigorously denounce the scare tactics of Streep and her allies at the Natural Resources Defense Council (NRDC). Unfortunately, the NRDC-Streep campaign against Alar had a devastating effect on the apple growers of Washington state. Scientific facts established that the chemical compound was not a risk to humans at the level it was used to regulate the growth of apples — but by the time these facts became widely known, Alar had already been withdrawn by its manufacturer, who feared activists’ lawsuits.

Idolizing an American Traitor
Private Bradley Manning, the soldier who is accused of leaking hundreds of thousands of top secret military files and State Department cables to the website Wikileaks, has been nominated for the Nobel Peace Prize. Lionized as a hero by the worldwide left, Manning is the latest in a long line of outrageous nominations considered by the peace prize committee, including past winners Yasser Arafat, Mikhail Gorbachev and Kofi Annan. Although it certainly comes as no surprise that a soldier alleged to have committed traitorous acts and severely damaged the interests of the United States would be included in the nominations for the award, the controversy over Manning’s case obscures the truly lamentable figure the young man makes as a liberal icon. 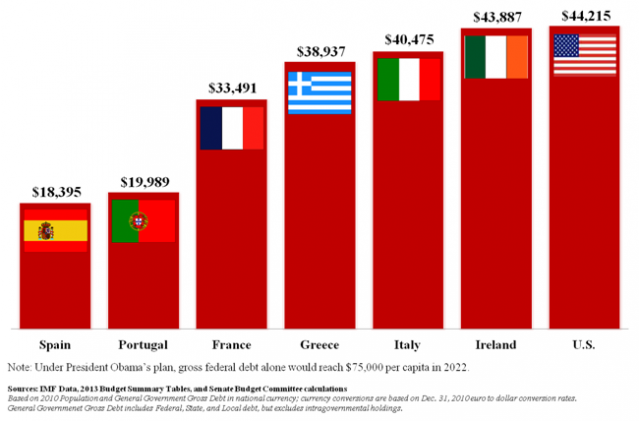 This Man Was Almost Elected President of the United States!
Al Gore, who came within a few hundred votes of being elected president in 2000, has designed a blueprint to overhaul capitalism to create a sustainable capitalism that will support lasting economic growth. He says that the way capitalism is now practiced does not “...incorporate sufficient regard for its impact on people, society and the planet.”

Obama Skins the Cat
How White House ideology circumvents the Congress and impoverishes American households by making energy prices “sky-rocket” - Much of White House policy is driven by pathological fear of global warming and the unreasonable compulsion to reduce emissions of carbon dioxide, a non-toxic natural constituent of the atmosphere and an absolute necessity for the survival of plants, animals, and humans. Never mind that there’s no significant evidence that any recent warming has been caused by CO2 increases—or indeed, that any such warming would endanger human health and welfare. In addition, it should be quite obvious that any attempt by the U.S. to reduce its emissions unilaterally is an exercise in futility and self-delusion: it would have little measurable impact on the ongoing rise of global atmospheric CO2 and would certainly not affect climate in any way. But evidently, ideology trumps science, economics, and logic. Even common-sense considerations have not stopped President Obama from listening to his science adviser, Dr. John Holdren, one of the chief apostles of the global-warming religion. Holdren is a former collaborator and associate of Stanford Professor Paul Ehrlich, whose seminal book The Population Bomb, published some 40 years ago, preaches population control to achieve zero growth.

Germany Says Solar Energy is Path to Bankruptcy, Yet Obama Doubles US Down On It
One of the biggest national investors in green energy, Germany, is coming to the realization that green energy is the path to bankruptcy. This is nothing short of blasphemy in the green world to even make a partial admission that solar power is not the panacea it was promised to be. Germany invested gargantuan amounts of money in green energy, doling out more than 130 billion in subsidies to install solar systems and spends an additional 10 billion per year subsidizing existing solar installations. Yet after all of this capital expenditure, Germany has little to show in terms of reducing green house gasses and helping the country’s power needs. Despite massive investment, solar power accounts for approximately three percent of Germany’s total energy… when the sun shines! To add insult to injury, Germans also pay the second highest price for electricity in the developed world, due mainly to the fact that they are heavily subsidizing green energy by adding the cost to everyone’s utility bills.

Overspending Due to Mission Creep
Replacing Private Contractors with Government Workers Not the Answer - The latest fad for cutting federal government spending is slashing the number of private-sector contractors. You remember, the government contractors who were hired because they’d be more efficient than using the government’s own workers to do the same jobs.

Two Wolves and a Sheep
This front-page headline from Friday’s San Francisco Chronicle brings to mind the old adage about democracy being two wolves and a sheep voting on what to have for dinner: “Voters Willing to Tax Wealthy.” The article goes on to detail the not-surprising results of a poll in which voters were asked to choose between supporting the governor’s plan to pass a 1% surtax on incomes over $1 million, or suffer the consequences of automatic defunding of education……(Funny how it’s always schools, police, and fire houses that face the ax, and never jobs, salaries, or pensions of the hundreds of thousands of bureaucrats the state employs.)

$10 Billion in “Green” Corporate Welfare: Less Jobs and More Bankruptcies
In “Cost of $10 Billion Stimulus Easier to Tally Than New Jobs”  in the Wall Street Journal, Ianthe Jeanne Dugan and Justin Scheck report that the mega-billions in corporate-welfare subsidies to solar, wind, geothermal and other “green” businesses (under section 1603 of the American Recovery and Reinvestment Act of 2009) have resulted in far less jobs than claimed. Instead, bankruptcies of existing firms have increased and “alternative” energy firms have proven unsustainable without continued bailouts.

My Take – Why this is this such a surprise to so many? All of this alternative energy claptrap was tried under Carter and failed. The technology needed to make this work isn’t much better than the Carter years and new technology to make it work is nowhere on the horizon. The costs are unimaginable and unsustainable; the outcome is always less than predicted; the waste in the taxpayer’s money is enormous. At least the Carter people could claim ignorance because it hadn’t been tried before. We KNOW this won’t work with any technology we currently have.

Personally, I am not opposed to any efforts to produce energy.....by the private sector. Let's face it, if this was workable without government financing, government tax credits and loans....some businessman would have already done it. As for the businessmen who do support it…..ask them to do it without infusions of billions of government dollars. They stop if they started and they won’t start without it. So why do we ignore the actions of people who actually know about energy production and listen to those who have an impractical philosophy of energy production based on false premises? We now know we aren’t running out of oil, gas or coal. We now know that the global warming scare is a farce. Those two issues were the false premise that was foundational to all of this.

"Such a process, which began in the mid-1860s, was more dramatic than almost anyone expected. Between 1865 and 1870, refining capacity exploded relative to oil production, and prices plummeted correspondingly. In 1865, kerosene cost fifty-eight cents a gallon; by 1870, twenty-six cents…. output had quadrupled from 1870 to 1880. And as for consumer prices, recall that in 1870 kerosene cost twenty-six cents per gallon and was bankrupting much of the industry; by 1880, Standard Oil was phenomenally profitable, and kerosene cost nine cents per gallon." Furthermore since Standard’s “monopoly” wasn’t a government imposed “monopoly” they started to loose market share in the early 1900’s because they showed how to do it right and others entered the market and began to complete very solidly with Standard. Standard no longer “controlled” the oil market. The whole REAL story of Standard Oil. Furthermore, you need to read it because everything you “know for sure” about this is blatantly false.