After this many times of receiving it, I've decided to post it.

Some of the pictures sent in the e-mail aren't posted because I have some copyright concerns. I have no doubt that the Walt Disney Company would not be happy if I posted a picture of Annette Funicello as a Mouseketeer, but I have posted those that I think will pass muster.

I have no idea who originated all of this, but it does clearly depict the stability of a by-gone time. It also generates strong feelings of nostalgia in those of us who are growing old far faster than we like, and seeing a world that would have seemed like an alien planet sixty or even fifty years ago.

From this point on this is the product of someone else's work.. Please enjoy! 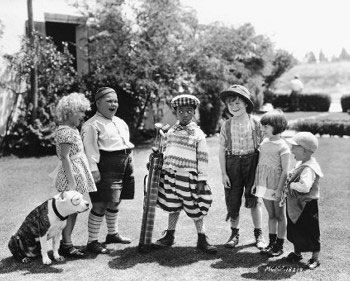 Black and White TV (Under age 40; you won't understand.) You could hardly see for all the snow; spread the rabbit ears as far as they go. Pull a chair up to the TV set: ‘Good night, David; Good night, Chet.'

My Mom used to cut chicken, chop eggs and spread mayo on the same cutting board with the same knife and no bleach, but we didn't seem to get food poisoning. My Mom used to defrost hamburger on the counter and I used to eat it raw sometimes, too. Our school sandwiches were wrapped in wax paper in a brown paper bag, not in ice pack coolers, but I can’t remember getting E. coli.


Almost all of us would have rather gone swimming in the lake instead of a pristine pool (talk about boring), no beach closures then. The term cell phone would have conjured up a phone in a jail cell, and a pager was the school PA system.

We all took gym, not PE...and risked permanent injury with a pair of high top Ked's (only worn in gym) instead of having cross-training athletic shoes with air cushion soles and built in light reflectors. I can't recall any injuries but they must have happened because they tell us how much safer we are now.

Flunking gym was not an option... even for stupid kids! I guess PE must be much harder than gym. Speaking of school, we all said prayers and sang the national anthem, and staying in detention after school caught all sorts of negative attention.

We must have had horribly damaged psyches. What an archaic health system we had then. Remember school nurses? Ours wore a hat and everything.  I thought that I was supposed to accomplish something before I was allowed to be proud of myself. I just can't recall how bored we were without computers, Play Station, Nintendo, X-box or 270 digital TV cable stations.  Oh yeah... and where was the Benadryl and sterilization kit when I got that bee sting? I could have been killed!

We played 'king of the hill' on piles of gravel left on vacant construction sites, and when we got hurt, Mom pulled out the 48-cent bottle of mercurochrome (kids liked it better because it didn't sting like iodine did) and then we got our butt spanked. Now it's a trip to the emergency room, followed by a 10-day dose of a $49 bottle of antibiotics, and then Mom calls the attorney to sue the contractor for leaving a horribly vicious pile of gravel where it was such a threat. 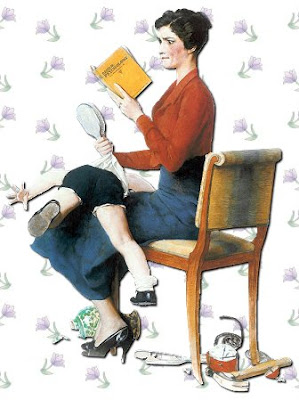 We didn't act up at the neighbor's house either; because if we did we got our butt spanked there and then we got our butt spanked again when we got home. I recall Donny Reynolds from next door coming over and doing his tricks on the front stoop, just before he fell off. Little did his Mom know that she could have owned our house! Instead, she picked him up and swatted him for being such a goof. It was a neighborhood run amuck.

To top it off, not a single person I knew had ever been told that they were from a dysfunctional family. How could we possibly have known that? We needed to get into group therapy and anger management classes. We were obviously so duped by so many societal ills, that we didn't even notice that the entire country wasn't taking Prozac!

How did we ever survive?

LOVE TO ALL OF US WHO SHARED THIS ERA. TO ALL WHO DIDN'T; SORRY FOR WHAT YOU MISSED! I WOULDN'T TRADE IT FOR ANYTHING!
﻿﻿﻿﻿
﻿