President Trump’s new budget is getting attacked by politicians and interest groups in Washington. These critics say the budget cuts are too severe and draconian. 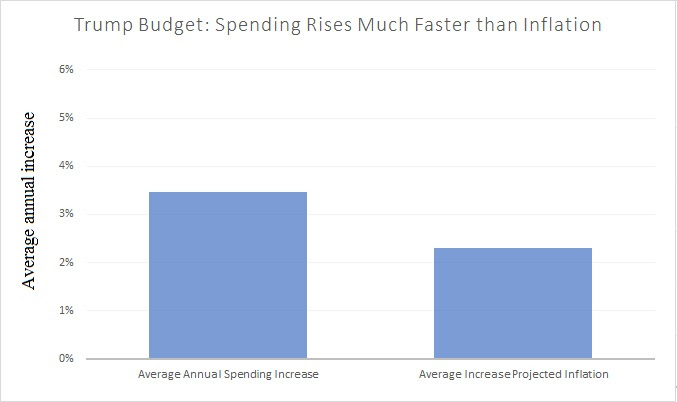 My main reaction is to wonder whether these people are illiterate and/or innumerate. After all, even a cursory examination of Trump’s proposal shows that the federal government will expand over the next decade by an average of 3.46 percent every year, considerably faster than inflation.

For what it’s worth, I’m sure most of the critics actually do understand that government will continue growing under Trump’s budget. But they find it politically advantageous to engage in “Washington math,” which is when you get to claim a program is being cut if it doesn’t get a sufficiently large increase. I’m not joking.

That being said, while the overall federal budget will get bigger, there are some very good proposals in the President’s budget to terminate or reduce a few specific programs. I don’t know if the White House is actually serious about any of these ideas, but some of them are very desirable.
Today, let’s add a fifth idea to our list. The Trump budget proposes a substantial reduction in foreign aid (for numbers, see line 18 of this OMB excel file).

I hope these cuts are implemented.

In part, I want to save money for American taxpayers, but I’m even more motivated by a desire to help the rest of the world. Simply stated, foreign aid is counterproductive.

The great paradox of government-to-government aid transfers is that they won’t work if recipient nations have bad policy. Yet we also know that nations with good policy don’t need handouts.
In other words, there’s no substitute for free markets and small government. That recipe works wherever it’s tried. 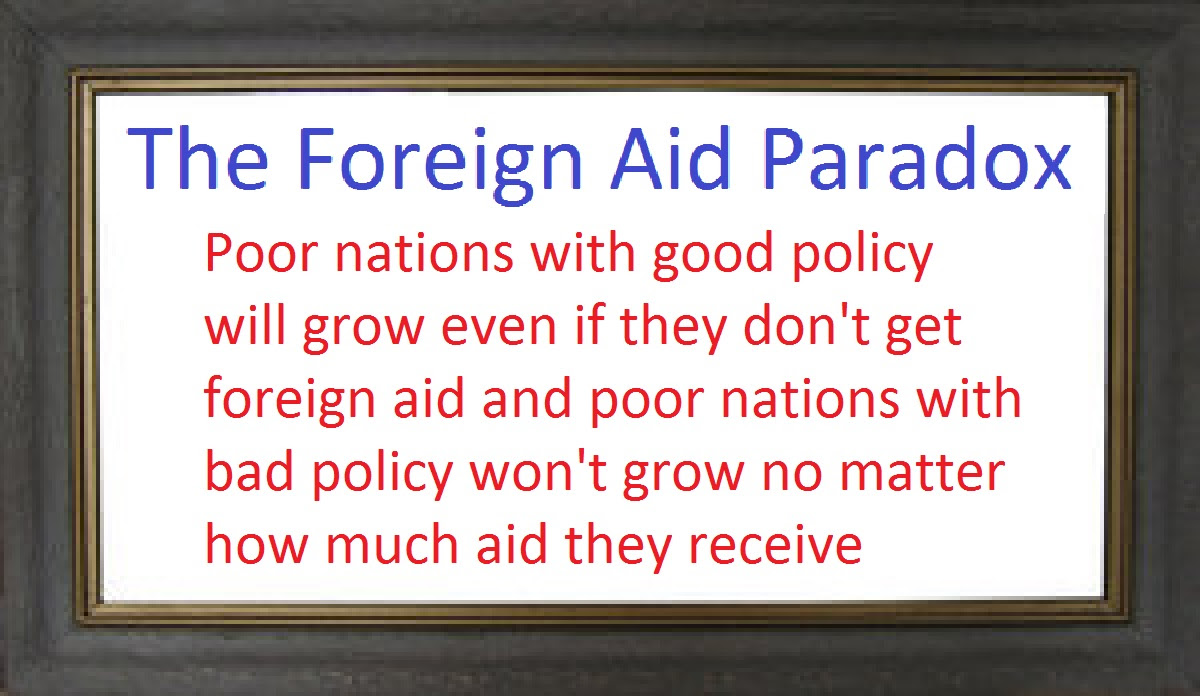 My colleague at the Cato Institute, Marian Tupy, embraces the idea of less foreign aid in a Reason column.

And he explains why in the article. Here’s the passage that caught my eye.


Graham Hancock’s 1994 book, The Lords of Poverty: The Power, Prestige, and Corruption of the International Aid Business, is still worth reading. As the author explains, much of foreign aid is used to subsidize opulent lifestyles within the aid establishment. “Only a small portion of [aid money],” Hancock writes, “is ever translated into direct assistance. Thanks to bureaucratic inefficiency, misguided policies, large executive salaries, political corruption, and the self-perpetuating ‘overhead’ of the administrative agencies, much of this tremendous wealth is frittered away.”

The problems are not specific to the United States. Foreign aid also is used as a scam to line the pockets of contractors in the United Kingdom.


The British aid contracting industry has more than doubled in value from £540 million in 2012 to £1.34 billion last year. The proportion of every pound of taxpayers’ aid money that is spent on consultants has risen from 12p in 2011 to 22p. …Budget breakdowns showed the public being charged twice the going rate for workers. One contractor on a project had a margin of 141 per cent between staffing costs charged to Dfid and the cost at market rates.

By the way, one study even found that foreign aid undermines democracy.


Foreign aid provides a windfall of resources to recipient countries and may result in the same rent seeking behavior as documented in the “curse of natural resources” literature. …Using data for 108 recipient countries in the period 1960 to 1999, we find that foreign aid has a negative impact on democracy. In particular, if the foreign aid over GDP that a country receives over a period of five years reaches the 75th percentile in the sample, then a 10-point index of democracy is reduced between 0.6 and one point, a large effect.

Last but not least, Professor William Easterly explains in the Washington Post that foreign aid does not fight terrorism.


President Trump’s proposed budget includes steep cuts in foreign assistance. Aid proponents such as Bill Gates are eloquently fighting back. …The counter-terrorism argument for foreign aid after 9/11 indeed succeeded for a long time at increasing and then sustaining the U.S. foreign aid budget. …the link from aid to counter-terrorism never had any evidence behind it. As it became ever less plausible as terrorism continued, it set up aid for a fall. …the evidence for a link from poverty to terrorism never showed up. …studies since 9/11 have consistently shown that terrorists tend to have above-average income and education. Even if there had been a link from poverty to terrorism, the “aid as counter-terrorism” argument also required the assumption that aid has a dramatic effect on the poverty of entire aid-receiving nations. Today’s proponents of aid no longer make the grandiose claims of aid lifting whole societies out of poverty. 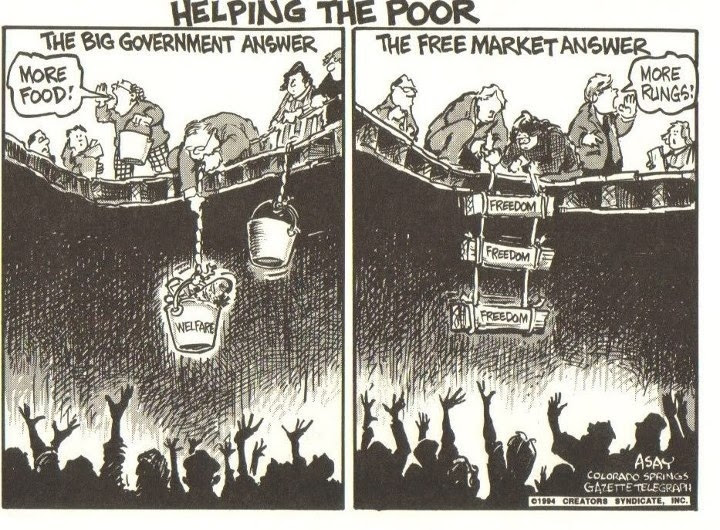 Yet international bureaucracies such as the United Nations keep peddling the discredited notion that developing nations should have more money to finance ever-bigger government.

The bottom line is that people who care about the world’s poor people should be advocating for freedom rather than handouts.

P.S. If you’re still skeptical, I invite you to try to come up with an example that answers either of these two questions.
Posted by Rich Kozlovich at 3:27 AM