The Dissident Prof is pleased to post this most insightful takedown of the U.N. by friend Marty Slann, who contributed an essay about the "shaming" and social exclusion (to use today's snowflake parlance) of conservatives in Exiled, "Losing Friends and Dining Alone."

The United Nations includes nearly 200 member-states.  Most of these are (mis)governed) by dysfunctional and corrupt tyrannies that insist on making life for their own citizens as miserable as possible.  Generally speaking, most of these states are relatively poor in great part because their economies are controlled by kleptomaniacs whose venality knows no limits.

Even worse, nearly half of these regimes are assisted in their greed and incompetence by Islamic Sharia law, a primitive and violently brutal legal system concocted by Muslims centuries ago to justify and enhance sexual slavery, misogyny, racial discrimination, and genocide.  Since Sharia itself is based on the Word of Allah expressed in the Koran and the Hadith, none of Sharia’s rules for Islam can be altered or revised.  If sexual slavery was good enough for the seventh century it’s certainly good enough for the twenty-first.

The largest bloc of states in the UN is the Organization of the Islamic Cooperation (OIC), a gang of 57 members that is a complete repudiation of the UN’S Charter that urges the world body to be composed of democratic and peace-loving states.  No predominantly Muslim country is either democratic or peaceful.  Most such countries are currently at war either with one another or, more likely (or even simultaneously), with rebel groups that seek, not democracy, but an even more purified application of Sharia.  The UN itself has become very little more than an instrument of the OIC and regularly condemns the United States, Israel, and western imperialism for backward economies, dysfunctional infrastructures, religious discrimination (against Muslims) and even global warming.

The United States supports around a fourth of the entire annual UN budget.  It dedicates hundreds of millions of tax-payer dollars each year to hear itself denounced and condemned as an international monster and cheapskate that should provide even more hundreds of millions of dollars to needy governments whose leaders are looking forward to a comfortable retirement supported by ample Swiss bank accounts.  In the meantime, the UN Council on Human Rights, probably the most shameless of shameless UN agencies regularly condemns Israel for apartheid and mistreatment of Arabs in Judea and Samaria.  Members of this prestigious body have included humanitarian stalwarts such as Saudi Arabia, Sudan, and Cuba.  It steadfastly refrains from condemning the persecution and occasional murders of homosexuals in these countries or the public beheadings for apostasy in Pakistan or female genital mutilation in many African Muslim countries.  But an Israeli request to Muslim authorities in Jerusalem to lower the volume of a call to prayer at 5:00 each morning on loudspeakers is considered an outrage that is on the level of a war crime and an obvious example of islamophobia.

Of course, if the UN headquarters is closed down in the United States to where would it re-locate?  Perhaps to a more enlightened place than New York City, naturally.  It could move to Tehran, but Sunni Muslim diplomats would have to worry about Shiite Muslims occasionally massacring them.  Perhaps Havana would do, though a place where even female physicians are forced to sell themselves to help make ends meet and support their families might be a bit awkward and unseemly.

Permit a personal recommendation:  the UN should go to Pyongyang, the capital city of the Democractic Peoples’ Republic of (north) Korea.  There’s lots to do there, but the most fun thing of all is to visit the well preserved body of Kim Jong-il, the late sociopathic father of the current sociopathic North Korean dictator.  More adventuresome UN diplomats can almost always be on the lookout for those (usually half-starved) North Koreans who try to defect to the south, are caught, and get to star in their own public executions.  They sure don’t have any of these activities in New York City. 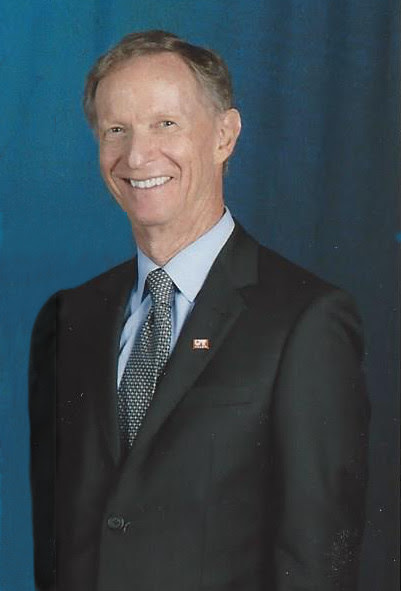 Martin SlannMartin Slann is Professor of Political Science at The University of Texas at Tyler.

He received his doctorate in Political Science from the University of Georgia, and is the author, co-author, and co-editor of several scholarly books and introductory texts. He can be reached at mslann@utyler


And read his tale of woe, "Losing Friends and Dining Alone" (about what it's like to be a professor today who dares (!) to suggest that there is a contradiction between the Constitution and Sharia law) in Exiled.

Posted by Rich Kozlovich at 5:55 AM

Email ThisBlogThis!Share to TwitterShare to FacebookShare to Pinterest
Labels: UN