New York Times Has No Credibility!

I have the pleasure of belonging to what I would call an eclectic e-mail group, and daily I get e-mails regarding the world around us and its complexities from the members.  One of the members sent these article links to me regarding the New York Times, and something that's become a continuing issue with media leftists, a lack of consistency.

The first link, York Times Admits Editor’s Comments Were Racist and Antisemitic with this initial comment:

The second one, initially shown as "Grey Lady Freak Out! Publisher Tries to Cover Up for editor's Anti-Semitism, Racism, blames Trump Allies.   The actual title of the article was, New York Times Publisher Irked at Trump Allies’ Effort to Fight Back Against Media saying:

New York Times publisher A.G. Sulzberger issued a lengthy statement on Sunday afternoon to newsroom staff, a statement published in a release by the Times and quoted in a longer article by the newspaper on efforts by allies of President Donald Trump to combat the media through exposing racism and antisemitism inside the establishment media, including the Times. Sulzberger’s quote in an article by reporters Jeremy Peters and Ken Vogel stated specifically that the Times will not be “intimidated or silenced” by allies of Trump who expose embarrassing past comments that staffers at the newspaper have made...........


This was followed up with, Lee Zeldin: New York Times Double Standard ˜Crushing Their Credibility saying:


Rep. Lee Zeldin (R-NY) charged on Sunday that the New York Times‘ double standard on racism and antisemitism is “crushing their credibility.” Zeldin lashed out at the New York Times in the wake of a Breitbart News investigation which found that the newspaper’s politics editor Tom Wright-Piersanti wrote racist and antisemitic comments on Twitter. The Times’ admitted Sunday that the comments were racist and antisemitic. The paper also admitted that Wright-Piersanti’s remarks were in “violation” of its standards........... 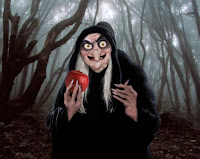 Well, for those of us who read history books and are aware of the unending corruption at the NYT I have to say Rep. Lee Zeldin is wrong.  They are in reality living up to their "standards".  The only difference those "standards" are now being exposed for what they are because of the internet.  They can no longer hide their behavior behind a curtain, like the Wizard of Oz.  The Old Grey Lady isn't a lady, she's an old grey hag, offering humanity a poisoned apple.

Mark this down. I predict the day will come when the New York Times will cease publication.

Newspapers and magazines all over the country have failed their readers, as a result many have ceased physical publication, and either disappeared, or have gone to the internet - as Newsweek is an example. The internet has given society the means to find out what's true and what's spin, and now we know they've not told us the truth on virtually every issue of significance.  They have deliberately misrepresented the facts or obfuscate the facts with emotional arguments and logical fallacies - and emotion will outweigh logic every time. Fantasy is far more attractive than reality, that’s why works of fiction are so popular.


But in the information business fiction is called by a different name; it’s called “lying”.  And most of what passes for news can be construed as lies of omission.

The media, as a whole, are filled with leftists and the left has never had a close relationship with the truth. The left is more than willing to change itself into an angel of light, if that is what works, to get them power. Whatever is popular is what it is they believe – just so long as it suits their goal for attaining power.

The Progressive Movement in United States was socialism American style. When Woodrow Wilson was President of the U.S. the binding force for the Progressive Movement in America was - believe it or not - religion. European socialism was atheistic in nature and that just wouldn’t float in America, so it became the Progressive Movement with the rationale that socialism was the practical application of Christian ethic. It was later called Liberalism and by that time the true socialists within the movement was able to kick the religionists to the curb because they didn’t need them any longer. After WWII the binding force for Liberalism was psychology. If you disagreed with them you were insane.

Do these media types have any idea what it is they are promoting? I wonder, but let’s us assume they really do know what leftism really means. If that is true then we have to assume many of them must be insane. If they don't know what they are promoting that means they are stupid, and I don't believe that, deliberately self-delusional perhaps, but not stupid. To think they are stupid is to underestimate them. Their efforts to thwart the truth makes it obvious that they must know the truth.

Strong language? Yes, but I would like for everyone to think about this. Outside of the small elite running socialist societies, who really benefits from a nation that either embraced socialism, or had it imposed on them? It certainly isn’t humanity as a whole!  We have, starting with the French Revolution, almost 225 years of history to prove that dystopia is the handmaiden of socialist thinking and policies.


How could they possibly not know that?

Let’s do some history on the media and their favorite socialist dictator in the world….Fidel Castro. At the death of CBS news guru Don Hewitt Humberto Fontova wrote an article calling him a Castro Enabler because of “his media advance-work helping install a Stalinist regime in Cuba”.

He went on to say that:


“Hewitt of CBS still seemed proud of his work as a Castro media auxiliary. During that interim, over 20,000 Cubans were murdered by firing squad and beaten or starved to death in forced labor camps. Another 70-80 thousand were ripped apart by sharks or drowned in the Florida straits (attempting to flee a nation that previously took in more immigrants per-capita than the U.S.”

(Editor's Note:  Please follow the link to see the truth about Hewitt’s deliberate chicanery over the interview with Elian’s father by Dan Rather. If you had doubts that there is such a thing as leftist corruption amongst “journalists” this would certainly dispel them.  RK)

What does that have to do with the New York Times you may ask? This is merely demonstrating how badly infested the main stream media is with leftist thinking, and has been for decades.

“made Fidel Castro an international pop star on the front page of the world's most important newspaper.” “The February 1957 NYT's headline article proclaimed that, "Fidel Castro has strong ideas of liberty, democracy, social justice, the need to restore Cuba's Constitution....this amounts to a new deal for Cuba, radical, democratic and therefore anti-Communist."

That was a lie and they all knew it.

But it shouldn’t surprise anyone the NYT would lie about socialist dictators. Walter Duranty,  is in my opinion, the epitome of infamy when it comes to journalistic corruption in favor of leftism.

So, who was Walter Duranty?


In this article by Roger Simon; “Announcing the Winners of the Inaugural Walter Duranty Prize", (a prize for journalistic mendacity) they state that Duranty deliberately:

“whitewashed the repressive evil deeds of the Soviet Union”…. most prominently in the case of the Ukrainian Holodomor: the forced starvation of between 1.2 and 12 million ethnic Ukrainians, depending on whose estimates you believe. In other words, a lot of people. Duranty called that genocide “an exaggeration and malignant propaganda”.


“The greatest liar I have met in fifty years of journalism.”

Duranty also made sure that the Soviets knew that the New York Times would “vet all reports about” the Soviet Union before it appeared in the NYT:

“effectively making that newspaper a U.S. branch of Pravda, for a time anyway.”

Duranty won the Pulitzer Prize for his mendacity - a prize that the NYT refuses to return, and the prize committee refuses to revoke - in spite of the now known truth of his lies and his actions.

Simon notes that polls have shown that sixty percent of the general public has little trust in the media. He wonders who are the other forty percent? Good question since it is clear that the media supports a movement that has murdered over one hundred million people, kept them starved, disease ridden, down trodden, abused and tyrannized since the terrible beginning of that movement, The French Revolution. What kind of person would have confidence in them?

For the media, who beat their chests publicly, self-righteously and unendingly proclaiming they support the downtrodden, to support leftist thinking is unconscionable. Big media is at the center of the information universe.  They have to know the truth which means they must be insane, otherwise how could they possibly support such thinking? And now society begins to understand.

The people have been lied to by these powerful entities and it’s clear those who really want the truth will not forget or forgive.


As for the “Old Gray Lady”! I keep hearing seemingly conservative commentators who feel saddened the Times is dying. I think perhaps leftist insanity is an infectious disease in journalism, or perhaps they don't have the courage to be a rock in the current.

Heterodoxy isn't for the faint of heart!

No one can be characterized as a lady who, for all of these decades, has been guilty of promoting such a vile cancerous philosophy as socialism.

She's not a lady! She's a hag!  A hag that must share in the guilt of Stalin's murder of tens of millions of his own citizens.

When the “Old Grey Hag” disappears that will be a day for rejoicing. Not only for ourselves and our children and grandchildren, but also for the 100 million poor suffering people who were slaughtered by the socialist monsters of the 20th century. Monsters they supported!

The New York Times has no credibility!  They're living up to their "standards"!
Posted by Rich Kozlovich at 4:43 AM

Email ThisBlogThis!Share to TwitterShare to FacebookShare to Pinterest
Labels: My Commentary, NYT