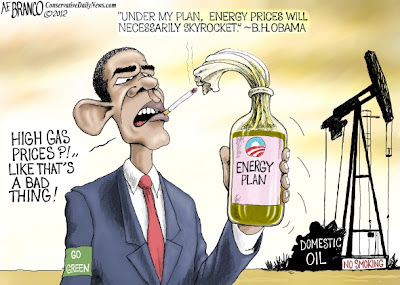 The EPA an out of control monster
Government arrogance and pious hypocrisy reaches a new high when the sinister Environmental Protection Agency strikes out to save the children. The official position on the EPA website has one singing the Amerika version of "Don’t cry for me Argentina". EPA Proposes First Carbon Pollution Standard for Future Power Plants.

"Today we’re taking a common-sense step to reduce pollution in our air, protect the planet for our children, and move us into a new era of American energy," said EPA Administrator Lisa P. Jackson. "Right now there are no limits to the amount of carbon pollution that future power plants will be able to put into our skies – and the health and economic threats of a changing climate continue to grow. We’re putting in place a standard that relies on the use of clean, American made technology to tackle a challenge that we can’t leave to our kids and grandkids."

What is missing from this statement is that regular citizens are under direct assault from their utility companies that force "so called" Green electric generation into the mix. Soon people will be living like beggars in order to pay the overpriced schemes that impoverish the population.

The EPA with Easter Egg on Its Face
Marita Noon
During the three-day Supreme Court review of Obamacare, Justice Anthony Kennedy created news with his statement that the government has a “heavy burden of justification” to prove its case. All of America is watching and waiting for the expected June decision from the Supreme Court. The question remians: Did the Obama administration overstep its authority with its landmark healthcare legislation? But, at least in one case, we do not have to wait for a decision that the Obama administration has “overstepped its authority”—a federal judge has already handed down that decision. In this case, healthcare is not at the center of the debate; the Environmental Protection Agency (EPA) is. The agency have been issuing regulations and finalizing rules with no “burden of justification.”

Big Green Wants a Repeal of Industrial Revolution (Part 1)
Marita Noon
Environmentalists would have everyone believe that oil, gas, and coal—all fossil fuels—are at the base of much of the world’s ills. Nuclear is no better. They even oppose hydropower, wind energy, and commercial solar. Yet, they claim the high ground and position themselves as the moral authority. What would the world look like if they were setting truly setting energy policy rather than merely influencing it? An in-depth study of environmental groups’ energy-related goals as posted on their websites’ shows that there is not an energy project they like. In short, they want to “kill,” “block,” and “deny.” The only thing they want to expand is moratoriums. If environmentalists are in charge, expect these changes to American life:

The Environmental Extremists (Part 2)
Marita Noon
So who are all these evil-appearing “environmentalists?” Should all Birkenstock wearers be suspect? What about the lady at the grocery store with the canvas sack for her purchases? There is a difference between those of us who care for the earth, want to use it wisely, and believe in recycling—and those who are in decision-making positions, setting policy and/or funding the programs. We are talking about something bigger, something organized, and something with plans greater than saving polar bears or spotted owls; something with plans to fundamentally transform the United States. There are hundreds of these groups influencing policy in America….. Columnist George Will states: “Today’s green left is the old red left revised. The left exists to enlarge the state’s supervision of life, narrowing individual choices in the name of collective good. Hence the left’s hostility to markets. And to automobiles—people going wherever they want whenever they want. … The green left understands that the direct route to government control of almost everything is to stigmatize, as a planetary menace, something involved in almost everything—carbon. Environmentalism is, as Lawson (author of An Appeal to Reason: a Cool Look at Global Warming) writes, an unlimited ‘license to intrude.’ ‘Eco-fundamentalism,’ which is ‘the quasi-religion of green alarmism’ promises ‘global salvationism.’”

Green is Taking Us for a Ride (Part 3)
Marita Noon
The environmental movement has used “green schemes”—campaigns that changed an industry or damaged the economy for naught. Three specific schemes, with a long history available, offer a glimpse of the environmentalist’s modus operandi. It is hard to imagine a bigger failure—or a greater success. If you strive for open and honest government policy that is straight forward about its goals, the twenty-year spotted owl experiment failed. If you believe the end justifies the means, regardless of the cost in life or livelihood, then it represents a great success.

The PETA Principle
By Fred Gielow
April 15, 2006
The mainstream media, and the rest of the Left, seem to have a love affair with PETA (People for the Ethical Treatment of Animals), and other animal-rights groups. Whenever there's a PETA campaign, or announcement, or any save-the-animal demonstration, the press covers it with enthusiasm and fawning support. Look closely, however, and very often you'll find that animal-rights advocates are – underneath their disguise – nut cases, loonies, and extremists, wildly out of step with traditional American values. But, don't take my word for it. Listen to what these animal kooks themselves say: "Mankind is the biggest blight on the face of the earth." PETA statement "I don't believe human beings have the "right to life." That's a supremacist perversion. A rat is a pig, is a dog, is a boy." Ingrid Newkirk, PETA co-founder and national director

Environmentalism secrets
By Fred Gielow
April 1, 2006
If you think environmentalism is all about saving the Earth, protecting the whales, stopping pollution, and the like, here's some news. It's not! Listen to what environmental advocates themselves have to say:
• "I think if we don't overthrow capitalism, we don't have a chance of saving the world ecologically. I think it is possible to have an ecologically sound society under socialism. I don't think it's possible under capitalism." - Judi Bari, Earth First! member.
• "No matter if the science is all phony, there are collateral environmental benefits... [C]limate change [provides] the greatest chance to bring about justice and equality in the world." Christine Stewart, Canadian Environment Minister.