What Is the Ex-Im Bank?

The Ex-Im Bank (Export Import Bank) is in the news these days. But what is it? 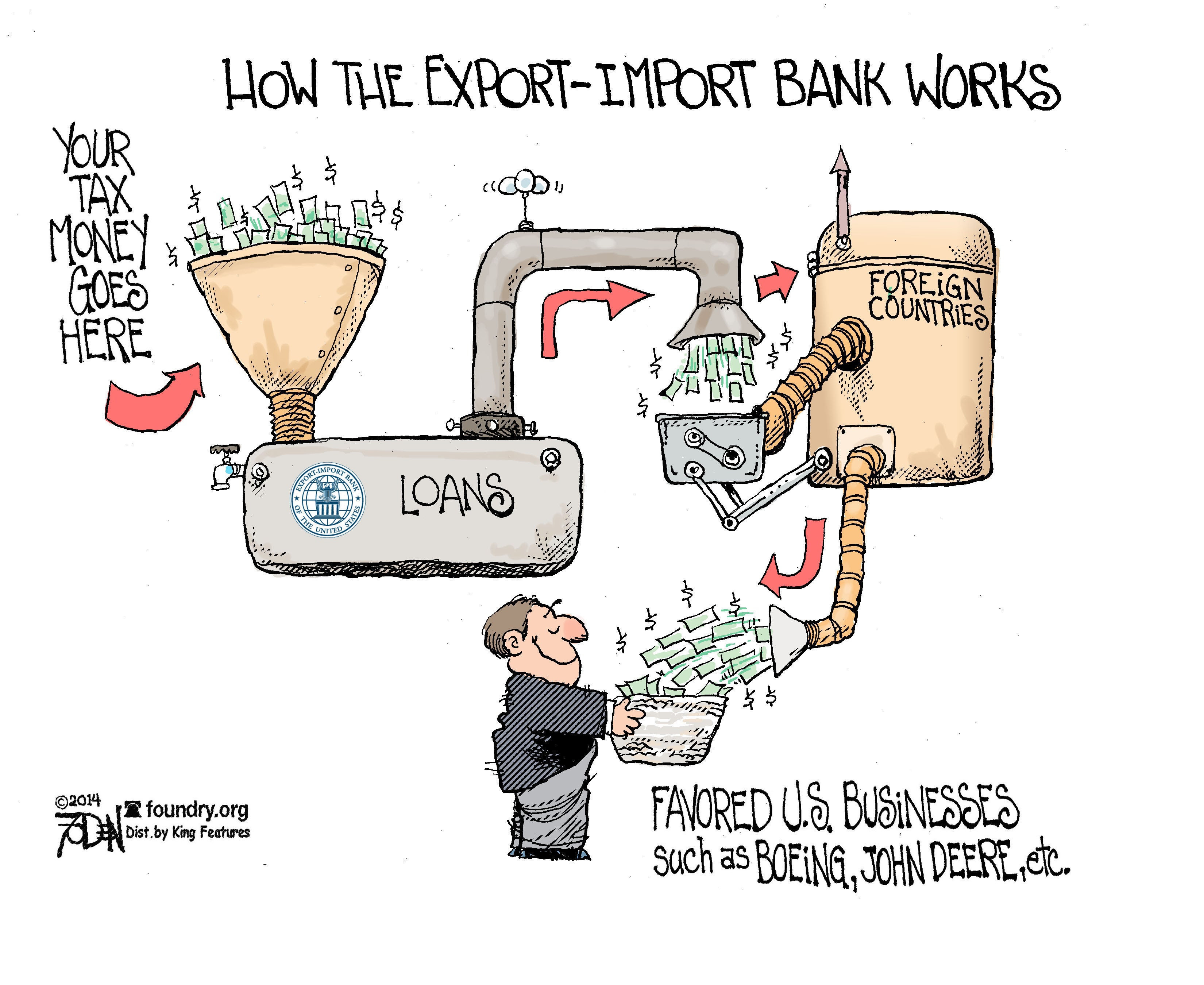 “Created in 1934, the Export-Import Bank was a product of [Franklin] Roosevelt’s New Deal. FDR initially wanted the Ex-Im Bank as a foreign policy tool to make easy credit available to nations he liked…. The Ex-Im Bank often expected to lose money because it was making risky loans, or giving subsidies, to favored countries or favored American corporations. The Ex-Im could lose money regularly and get replenished in annual appropriations” from the federal government. (Uncle Sam Can’t Count, Chapter 7)…… In yesterday’s Wall Street Journal, former Texas Governor Rick Perry announced “Why I’m Changing My Mind and Opposing the Ex-Im Bank.” First of all, on April 13 an Ex-Im loan officer, Johnny Gutierrez, pleaded guilty to accepting bribes on nineteen separate occasions from clients of the bank. And that doesn’t include the 31 corruption and fraud investigations still pending in regard to mismanagement at the Ex-Im…..To Read More…..

My Take - I would like to highly recommend Timothy P. Carney's book. "The Big Ripoff, How big business and big government steal your money".  Chapter five is titled, "Boeing's Bank, The Export-Import Bank of the United States." He has written a great deal about this subject since then so you may wish to review some of his recent commentaries on this subject, and watch him strip away the veneer of political rhetoric.
Posted by Rich Kozlovich at 6:07 AM