Leaving the Church of Environmentalism 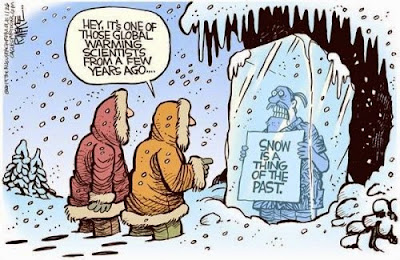 In March 2009 while the Environmental Protection Agency was rushing to fulfill a presidential campaign pledge to document that carbon dioxide (CO2) and five other greenhouse gases endangered public health and the environment, a longtime employee, Alan Carlin, put out a 93-page report challenging the science being cited and the drift of the agency from its initial role to one captured by fanatical activists and alarmists, treating environmentalism more as a religion than based in science.


At the time Carlin was a 72-year-old analyst and economist who, as The New York Times put it, “had labored in obscurity in a little-known office at the Environmental Protection Agency since the Nixon administration.” His EPA career would span 38 years.


The website for his new book, “Environmentalism Gone Mad” says, “Dr. Alan Carlin is an economist and physical scientist with degrees from Caltech and MIT and publications in both economics and climate/energy, who became actively involved in the Sierra Club in the 1960s as an activist and Chapter Chairman. This led to a career as a manager and senior analyst at the Environmental Protection Agency.”


As he says in the preface “The purpose of this book is to explain why I changed from my lifelong support of the environmental movement to extreme skepticism concern their current primary objective of reducing emissions of carbon dioxide.”

“Although I and the many other climate skeptics are now referred to as ‘deniers’ by the climate alarmists, that does not change the science—and there is no valid scientific basis for the alarmists’ catastrophic climate predictions—or justify their fantastically expensive and useless ‘solution.’”


Carlin went from being a dedicated environmentalist, based on its initial philosophy of conservation, to an observer of the movement that was taken over and distorted to advocate falsehoods about global warming and a transition from fossil-fuels to “clean energy” meaning wind, solar and bio-fuels. As an economist he understood how absurd it was to suggest rejecting fossil-fuels, the key element of modern industry and society.


“The climate alarmists,” says Carlin, “have now been making their apocalyptic predictions for almost thirty years and it is now possible to compare their predictions with actual physical observations.” Suffice to say all the predictions of a significantly higher temperature—the warming—have been wrong.


In fact, the Earth has been in a natural cooling cycle since 1998 and shows no indication of warming


Predictions about the North and South Poles melting, a major rise in ocean levels, increased hurricanes and other climate events have been wrong along with countless other climate-related apocalyptic predictions.


Having observed how the EPA has functioned for more than three decades, Carlin warns that its current “environmental policy has been hijacked by radicals intent on imposing their ideology by government fiat on the rest of us whether we like it or not…If environmental policy is based on government fiat or ‘green’ policy prescriptions the results have been and are very likely to continue to be disastrous.”


At 625 pages, Carlin’s book takes the reader from his early days as a Sierra Club activist and chapter leader to being an EPA outcast, denounced for telling the truth about the false claims of global warming, climate change, and what is now being called extreme weather.


As an economist, Carlin is particularly upset that “the Obama Administration’s climate/energy policy is wasting very large sums on non-solutions to minor or non-problems.” The book has come along as President Obama has been flogging “climate change” as the greatest threat to the nation and the world.


“It has been long recognized that weather is chaotic," says Carlin. While we operate within the four seasons, the weather that occurs can only be predicted in the most general terms. Suggesting that humans actually have any effect on the weather is absurd.


That is why the predictions made by the UN’s Intergovernmental Panel on Climate Change and all the others based on computer models are, by definition, worthless. Computer models cannot predict anything about the vast chaotic global climate system. Even today, meteorologists are mystified by the actions of clouds which can form and disappear in minutes.


It’s useful to keep in mind that climate is measured in centuries, while the weather is reported as what is occurring today and forecast, at best, for no more than a week. Weather records are maintained for purposes of comparison and within the larger context of determining the Earth’s climate cycles. Like those in the past, the present cooling cycle is based on a comparable one of the Sun that is producing lower levels of radiation. You don’t need a Ph.D. in meteorology to understand this.


Carlin does not hesitate to excoriate the blather put forth by the alarmists; particularly their claims that the weather is affected in any significant fashion by human activity and development in particular. “There is simply no evidence thus far that the normal activities of man have or will result in catastrophic outcomes for either man or nature.”

The actions the alarmists call for do nothing to enhance and benefit our lives. They drive up the cost of energy and food. They ignore how dependent modern life is on the use of fossil fuels.


“Despite all the lavish funding by liberal foundations and the federal government on their global warming doctrine-inspired programs, the radical environmental movement has long since gone so far beyond rationality that it is counter-productive in achieving its own ends.”


So long as it remains heavily funded and backed by the federal government, we must, like Carlin, speak out against environmental extremism. We must elect new people to govern in a more realistic, science-based fashion. We must urge our current legislators to rein in the rogue Environmental Protection Agency.