Alan’s work has a sense of timelessness about it, so anyone perusing these articles in the future will find them equally insightful as they were when originally written. Alan posts daily on his blog, Warning Signs. The right side of this blog is a section called Caruba's Corner: Green Myths and Other Lies where I have been posting links to Alan's articles by topic. For his past works go to The National Anxiety Center.


There has been an unspoken redefining of journalism from objective reporting to active participation, deliberately shaping public opinion whether the core of the content offered is true or not.-
Alan Caruba 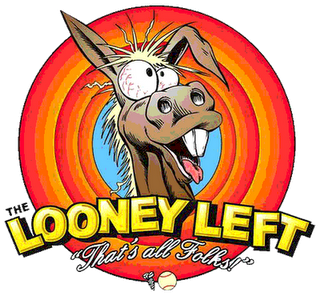 Liberal Lunacy
Conservative commentators read what liberals have to say if only to get a glimpse into their current memes on various topics. It is always daunting because one cannot do this without coming away convinced that they are lunatics, devoid of any sense of history or reality, both of which they routinely invent to defend their opinions.  A recent case in point is New York Times columnist, Maureen Dowd, whose January 22nd, Sunday commentary was titled “Showtime at the Apollo.” Ms. Dowd has been disappointed with Barack Obama for a long time, but she still struggles to find something laudatory while at the same time revealing just how defective he is.

The New American Elite
The only constant in the life of individuals and nations is change. Since the beginning of the last century, the process or rate of change has accelerated with the invention and availability of a myriad of machines, technologies that have altered the lifestyle of Americans as well as of millions around the world.

Working Into the Grave
Believe it or not, there was a time when, if you turned 65 and retired, you could expect to live in reasonable comfort. Social Security covered a portion of your expenses; your savings account yielded a modest amount of interest, and, if you had made investments, stock dividends provided a safety cushion. Not so anymore.

Auschwitz: Ignoring History, Predicting the Future
The late Israeli scholar and diplomat, Abba Eban, (1915-2002) said, “History teaches us that men and nations behave wisely once they have exhausted all other alternatives.” Similarly, Winston Churchill said, “You can always count on Americans to do the right thing—after they have tried everything else.” In Churchill’s case, he was referring to the U.S. reluctance to become involved in another war in Europe, but the Japanese attack on Pearl Harbor in 1941 changed that overnight. By 1945, along with our allies, the wars in Europe and Asia were over.

Does Obama Want to Lose? Yes!
It seems like a bizarre notion, but does Barack Obama want to lose the election in November? I think he does! One is struck by the way Obama has visibly aged in the job. He may well have grown weary being POTUS. By any rational standard, one would say he wants a second term, but Obama has always operated in a fantasy world where mere words are supposed to translate into reality. And he has repeatedly talked about being a one-term president. He is, after all, his own invention; the author of two memoirs of a life that had little achievement to point to other than getting elected first to the Illinois legislature and then to the Senate where he lingered a bare two years before running for president.

Stupid Voters
It’s a comment I hear all the time these days. “The voters are stupid.” I am not sure that those saying it mean literally that the voters have a low level of intellect or academic achievement, but rather that they mean voters seem prone to making their choices based more on emotion than on a serious examination of the candidate’s qualifications and character.

How to Listen to Obama's State of the Union Speech
The Tuesday morning post of the Heritage Foundation’s “Morning Bell” is worth sharing in part. You can read the whole post here.   “Tonight, Americans who tune in to the State of the Union will watch the work of a rhetorical master with a flair for illusion,” says Mike Brownfield. “President Barack Obama will take the to the floor of the Capitol in hopes of laying the groundwork for a political debate on his terms—one where he stands on emotional appeals, populism, and class warfare, not the shaky ground of his crumbling record.”