Has Science Lost Its Way?

There were many impassioned political orations delivered at Saturday’s so-called March for Science. Sadly, I heard nothing about the truly serious problem plaguing science today. 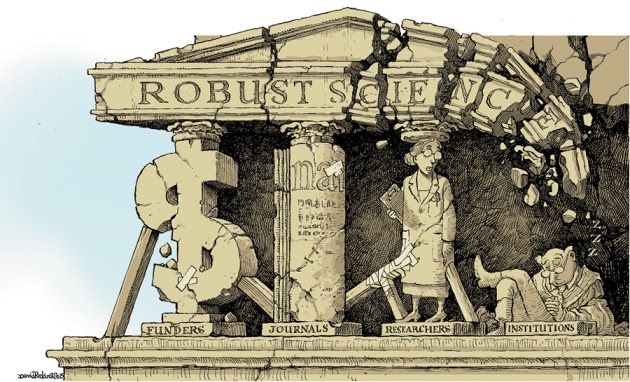 The single greatest threat to science right now comes from within its own ranks. Last year Nature, the prestigious international science journal, published a study revealing that “More than 70% of researchers have tried and failed to reproduce another scientist’s experiments, and more than half have failed to reproduce their own experiments.”
Reproducing experiments is to science’s credibility what verifying financial statements is to a company’s credit rating. The astronomical failure to confirm research that was published in highly respected, peer-reviewed journals suggests something is very wrong with how science is being done. Fifty-two percent of the 1,576 researchers surveyed for the study call it “a significant crisis.”
The crisis appears to be exacerbated by a marked reluctance among scientists to out the epidemic, to contact one another about irreproducible experiments. “That may be because such conversations are difficult,” Nature speculates. “If experimenters reach out to the original researchers for help, they risk appearing incompetent or accusatory, or revealing too much about their own projects.”.....To Read More......
Posted by Rich Kozlovich at 2:44 AM