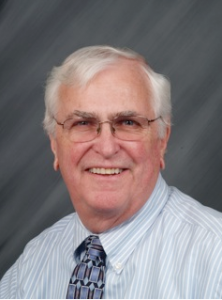 From the Hawaii Reporter:


BY MALIA ZIMMERMAN – When Nuclear Scientist, Dr. Michael R. Fox, first contacted Hawaii Reporter several years ago, the then Kaneohe resident was concerned that the public was not getting the correct information about such controversial science topics as man made global warming, sea levels, sun spots, nuclear science, nuclear power, solar and windmills.

He was passionate about changing this by publicizing real science, and as a result, launched a column called Fox Energy and Environment Reports in Hawaii Reporter in 2003.

Mike wrote dozens of articles over the years that comforted scientists and many conservatives with his exposes on what he called corrupt and phony science and he angered many man made global warming believers. He took no prisoners when it came to taking on powerful people like former Vice President Al Gore and the claims Gore made about climate change.

More recently, Mike’s family notes that he became a strong advocate for the position that “global climate change is a natural phenomenon which is not influenced by any human activity,” and one of his favorite sayings was “Everybody is entitled to his own opinion: No one is entitled to his own facts.”
While Mike always remained loyal to Hawaii Reporter, publishing his articles here first, many other publications including JunkScience picked up his columns and republished them. He consulted with Fox News for a time and had his well sourced work studied and cited internationally. It was not uncommon for Hawaii Reporter to receive emails praising Mike’s writings from some of the most remarkable and well known scientists in the world. (Hawaii Reporter)

I never had the pleasure of meeting Mike in person, but over the years I had a number of e-mail conversations with him regarding DDT and other chemical issues. Mike was the one who turned me on to one of the best science books I ever read; Ecological Sanity by Claus and Bolander. It has been out of print since 1972 and is very difficult to find a copy, but it truly is worth the effort. I learned more about how studies are twisted and warped to obtain a certain outcome than I ever expected. What is the most enlightening is the fact that this isn’t some new phenomena. This has been going on for decades. Mike understood that junk science is like an infectious disease that always lingers in the body waiting to strike again and again. Mike was truly one of the good guys. I will miss his work.