This first appeared here. Alan blogs daily with profound and insightful commentaries; accurately presented, with no thought of spinning reality to a certain direction. Alan is only interested in the facts and is prepared to follow them wherever they may lead. I recommend making Warning Signs a part of your daily routine. RK 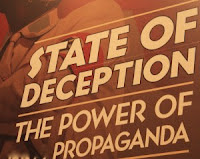 Why anyone still believes anything the UN Environmental Program and its Intergovernmental Panel on Climate Change has to say is one of those great imponderable questions. To prepare you for the flood of totally idiotic predictions to which you will be treated during the June 20-21 Earth Summit, here are just a few and I strongly advise you to ignore all of them.

A 550-page preparatory UN report, put together by “600 experts”, the Global Environmental Outlook—intended to soften up global suckers—predicts that Earth’s environmental systems are nearly at “their biophysical limits” thus subjecting the Earth to “irreversible and possibly cataclysmic world changes” and “If humanity does not urgently change its ways” it is doomed.

Notably, the Earth Summit will abandon “global warming” and “climate change” as its main theme and instead focus on “sustainability”, the utterly bogus notion that humans are using up all of the Earth’s resources.

The people most famous for really bad predictions these days are environmentalists. Rachel Carson kicked it off fifty years ago with her book, “Silent Spring”, assuring everyone that all the birds would fall dead out of the sky because of pesticide use. These days they are more likely to be chopped to shreds by wind turbines.

Ever since the early days of environmental hysteria just about every awful scenario cooked up in the fevered brains of the Greens has become front page news. There is method to their madness and it comes down to a simple equation: Scaring People Equals Money and Power.

Environmentalism is all about controlling you while picking your pocket. By any other name it is Socialism or its big brother Communism. It depends on lies backed up by a massive propaganda machine, funded by ultra-wealthy foundations, by governments who support Green programs of all sorts, and by the members of an endless succession of environmental organizations.

For example, you may recall that global warming, a massive heating of the Earth due to carbon dioxide and other “greenhouse gas emissions” was predicted to occur twenty, thirty or fifty years hence when the hoax kicked off in the late 1980s. Keep that in mind when the Rio+20 United Nations Earth Summit is held in Rio de Janeiro, the site of the first conference.

Supported by the UN’s Intergovernmental Panel on Climate Change (IPCC), the so-called “scientists” backed up their claims with all manner of computer models, dubious graphs, and tons of “scientific” papers to convince governments and people that massive changes had to occur—primarily a huge reduction in the use of fossil fuels—or we were all doomed.

Exposed in November 2009 by the “Climategate” release of thousands of emails between the perpetrators, I still find it astonishing that not one single member of this conspiracy has gone to jail. Indeed, in 2007 the IPCC and Al Gore shared a Nobel Peace Prize.

The United Nations Framework Convention on Climate Change has issued a formal request that all the “researchers” who contributed to the global warming hoax be granted immunity from prosecution. Unbelievable, eh?

Back in 1956, a geologist named M. King Hubbert released the findings of his calculations to let the world know that U.S. oil production would “peak” between 1965 and 1970. It didn’t. What has since slowed oil production in the U.S. has been the refusal of the Obama administration to issue the permits necessary to drill on federal lands and offshore. The world is afloat on an ocean of oil and, in addition, the U.S. is not running out of coal or natural gas.

Similarly, all the population predictions made by Prof. Paul R. Erhlich and his wife in 1968 have proven false as well. A colleague of his, Dr. John Holdren, is the science advisor to the President. One of the central themes of environmentalism is that humanity is to blame for harming the Earth and that there are too many people.

The other theme is that all these people are “consuming” too much of the Earth’s natural resources and should be penned up in cities and kept out of most places on Earth in order to protect its “endangered species”, etc. Meanwhile, as this is being written, huge sections of western states’ forests are going up in flames thanks to Mother Nature setting off fires off with lightning strikes.

Does it surprise anyone that the Earth Summit is calling for a “climate fund” and wants nations to kick in $100 billion? The proposal for the fund called “The Earth We Want” covers an extraordinary range of topics that includes gender equality, woman’s empowerment, and all the usual social justice and environmental clap-trap that is intended to ensnare everyone in a web of laws, regulations, and treaties aimed directly at eliminating the freedoms the West has and that many in other parts of the world want.

There is one good reason to not ignore the Earth Summit. They are telling you just what kind of an Orwellian and totalitarian world they have in mind for you.