The American Lung Association strongly opposes Chairman Fred Upton, Senator James Inhofe, and Representative Ed Whitfield’s bill that would block the Environmental Protection Agency’s (EPA’s) authority to update clean air standards. If passed by Congress, this legislation would interfere with EPA’s ability to implement the Clean Air Act; a law that prevents tens of thousands of adverse health effects caused by air pollution, including asthma attacks, heart attacks and even premature death each year. A report released earlier this week by EPA found that cutting pollution through the Clean Air Act will save $2 trillion by 2020 and prevent at least 230,000 deaths annually…..The article goes on to say;


“The enactment of the Upton-Inhofe-Whitfield bill would strip away sensible Clean Air Act protections that safeguard Americans and their families from air pollution. Americans have these protections because over the past 40 years Congressional leaders of both parties worked together to protect the lives and health of their constituents. We strongly urge Congress to reject this approach and support the continued implementation of this vital law.”

OK, let’s explore this a bit. Apparently there is a link between the EPA and the American Lung Association. This gets really Machiavellian as it goes along, because of the Cap and Trade initiatives promoted by the Greenies; the administration and many in Congress are all part of this story. If this were a fiction novel, would it be believable?

An article entitled, “Project 21 Fellow Criticizes Misleading American Lung Association Billboards Promoting Global Warming Regulations as a Children's Health Issue”, highlight aspects of this story that I think are pertinent.   The article goes on to say that “A member of the Project 21 black leadership network is criticizing the American Lung Association for the misleading nature of its billboard campaign denouncing Rep. Fred Upton. Upton has introduced legislation, the "Energy Tax Prevention Act," that bars the Environmental Protection Agency from imposing costly and job-killing carbon dioxide regulations without congressional approval.”  The article makes some interesting observations, noting that;


“EPA regulation of carbon dioxide could destroy 2.5 million jobs by 2030 and lower the average American household income by $1,200 a year. And, while emissions regulation is expected to increase energy prices, a new study by the American Coalition for Clean Coal Electricity found that lower-to-middle-class families are already paying much more for energy than they did just a decade ago -- a 12 percent to 20 percent increase of after-tax income, for example, for a family earning less than $50,000 a year.”

The author goes on to say;


“According to the EPA's online Grant Awards Database, the American Lung Association of Michigan received $78,000 from the EPA over the past decade. Grants to the Association and its affiliates during that time total over $20 million.”

There so many underlying issues here that it is hard to know where to start. First of all, the activists are always making absolute and unbending demands on exposing links between companies and those who have received money from them, even if that money was for work performance.

Michael Fumento went through this over a grant he took from Monsanto, and then went on to write a book about the value of bio-tech. Because he didn’t disclose that piece of information every time he opened his mouth he was vilified. In effect they imposed a new level of rules retroactively.

I have mixed emotions about this, because grant money is now the “golden calf” of science. Not truth. On the other hand, who is going to pay for all the research and development if it isn’t done by companies? On the other hand, when the EPA shells out grant money it is because they already have a conclusion….they just need someone to provide some data to support it.  Time has now shown that Anthropogenic Climate Change is a classic example of “scientific integrity being an oxymoron” as a result of government grant money. 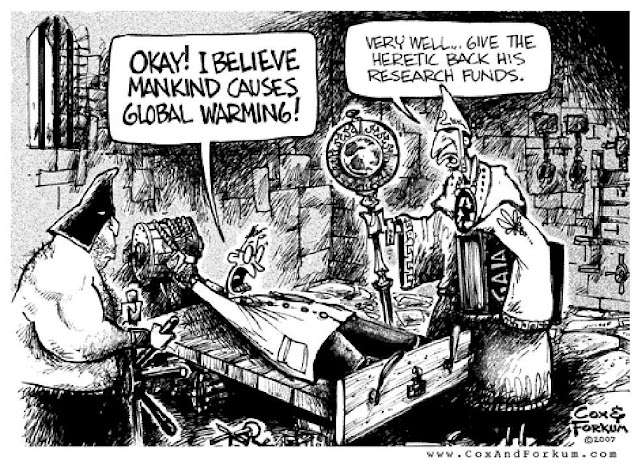 Here is the rub. Why is it the greenies aren’t outraged that the EPA has seemingly bought and paid for the American Lung Association’s intrusion into this arena?


"Transferring regulatory authority back to elected lawmakers merely stops a radical agenda at the EPA that will raise energy prices. Carbon dioxide is what we exhale -- it doesn't cause cancer or acid rain," said Borelli. "This is not the American Lung Association's fight, and their intervention -- in light of receiving EPA funding -- also questions the intent."

Is it the duties and responsibilities of an agency is to enforce laws passed by the Congress; or is it their duty to ignore Congress, ignore science, ignore the impact of their regulations, and impose regulations, that in point of fact, become de-facto laws. Oh, by the way. Does anyone know how they came up with figures that the “Clean Air Act will save $2 trillion by 2020 and prevent at least 230,000 deaths annually”? The EPA has been known to make this stuff up before (the EPA calls this stuff “assumptions”), but what about the American Lung Association? I am told there is no basis for that claim.


"It seems reasonable that heavy air pollution has adverse health effects of some kind but the situation is not as clear cut as one might think. I know the research literature on that rather well and have often critiqued it on my FOOD & HEALTH SKEPTIC blog.

In summary: Evidence from human studies in the Western world is very equivocal -- consisting of epidemiological speculation based on weak relationships in studies that do not control for important potential confounders. But that literature focuses on particulate pollution -- and CO2 is a gas, not a particle. And the idea that CO2 -- which we all produce and breathe out -- might be damaging to health is simply laughable."


Do vaccines cause autism or other neuro-developmental disorders?

Scientists know that vaccines don't, but the idea lingers everywhere -- on talk shows and blogs and in conversations between parents and their child's pediatrician. It lingers because many people in this country and elsewhere think that vaccines just might not be good for us……


As both Offit and Mnookin note, the idea that vaccines are dangerous is not a new belief. It has been around for as long as vaccines have existed. Offit is clearest in explaining the underlying paradox: The belief that vaccines are bad for us is enhanced by their success. Men and women in their 50s and younger have no real memory of polio. Their children and grandchildren have had no experience with measles or rubella. As kids, my generation used to fear tetanus, which we were sure led to slow starvation because our jaws would lock shut midsentence, but I haven't met any children with this phobia in decades. I vividly remember my daughters' disbelief when reading Little House on the Prairie that Mary could go blind from scarlet fever.

All these obscure diseases have, like the bubonic plague, been banished to faraway places or distant pasts, and people in the United States have forgotten all about them. So they have naturally forgotten that these diseases can also lead to blindness, paralysis, brain damage, or death. Offit is brilliant at pointing out the absurdity of anti-vaccine activists' argument that vaccines are superfluous because they prevent us from catching diseases that people no longer catch………….

Whether sudden or not, the regression is terrifying for parents. For many of them (but not all), the temporal simultaneity of the vaccine and the descent into autism cannot be just a chance event. It seems the vaccine caused their child's autism. As pointed out in the Vaccine Court Omnibus Hearings, beautifully described by Offit, the fact that experts can identify an array of developmental abnormalities in children from video taken well before their MMR vaccine, which neither parents nor pediatricians could see because they are not trained to do so, doesn't matter to parents looking for causes.

My Take - This is such an emotional issue that I have found it impossible to explain to parents who are going through this that this isn’t really what they think it is. I have friends who are living this tragedy....and it is impossible to reason with them; I no longer try.

They have finally found the answer....and Hollywood stars confirm it...vaccinations caused this tragedy and no amount of scientific study will change their views. One family I know is so sure that all chemicals are part of this problem that they have gone over completely to the dark side of green, even to the point of feeding their children unpasteurized milk, a known danger. I blame the media for this entirely. We have always had this kind of thing in society, but we never had such a group of hyperventilating talking heads blathering nonsense 24/7 before. And society will suffer for it. And they will go their happy way oblivious to the path of devastation they have wrought. And no one will be charged with crimes against humanity. Why? Because they never have to pay the penalty for being wrong! That penalty is paid by others, like the children whose parents will not vaccinate their children, believing they are protecting them.  That is the real heartbreak!   RK

Please read the comments below the article.  They clearly show how this argument goes back and forth, but the real test is this; everything we are told whould bear some resemblance to what we see going on in society.  One commentor made a factual observation about the realities of the of autism in society, and then attemted to show the logical fallacy to this kind of thinking....I dont' think very well, but the point is correct.


"Unvaccinated = unautistic." First, that's just false: in Japan, where the MMR vaccine was withdrawn in 1993, autism rates have continued to rise just like in other countries. Similarly in Denmark.  Second, there's also no such thing as a person who never wore clothes who is autistic. Unclothed = unautistic. Therefore, clothing must cause autism, right? This type of reasoning is known as a "fallacy."