Falsehoods about insecticides and bednets continue to leave a path of destruction and death. 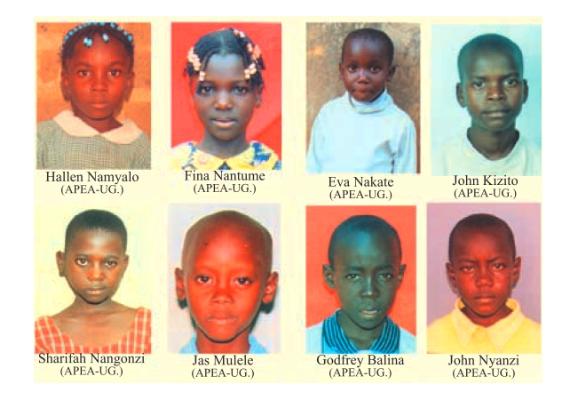 By Paul Driessen and Robert Novak

Fina’s little body shook for hours with teeth-chattering chills. The next day her torment worsened, as nausea and vomiting continued even after there was nothing left in her stomach. Finally, her vomiting ebbed and chills turned to fever, drenching her body in sweat. Then more chills, fevers, nausea, convulsions, and constant, unbearable pain in every muscle, bone and joint.

She cried out, and tears mixed with sweat. But no one could help her. She had no money for doctors, medicines or a hospital room. She didn’t even have a mother or father to comfort her. All the orphanage school staff could do was caress her, pray and hope she’d get better – and wait for her to die.

And in agony that never stopped from the time the malaria first struck her down, Fina Nantume did die. So did 49 of her classmates, out of 500 students in the APEA Primary School for orphans in Kampala, Uganda, in 2005. Most of the survivors were also afflicted with malaria at least once that year. Some became permanently brain damaged. Others died in subsequent years.

Then why did they? Why does half the world’s population remain at risk of getting malaria? Why are some 250 million people infected annually – with 90% of the agonizing chills, fevers, nausea, brain damage and death occurring in sub-Saharan Africa?

It’s said malaria is a disease of poverty, and poor countries don’t have enough funds, doctors or medicines to treat the disease – or prevent it in the first place. True enough. But malaria is also, and much more so, a disease of callous, intransigent environmental extremism and wanton disregard for human life. A disease whose prevention is hampered, and actively thwarted, by pervasive opposition to mosquito-killing insecticides, and mosquito-repelling DDT.

Anti-pesticide activists say they support other interventions: education, “capacity building,” modern drugs and bednets. Indeed, international funding for malaria prevention and treatment has risen from perhaps $40 million in 1998 to almost $2 billion in 2010. Millions of women and children now sleep under insecticide-treated nets. Millions now get diagnosed quickly and receive decent care and medicines.

These anti-malaria programs “saved nearly 750,000 lives over the past ten years.” the World Health Organization enthusiastically asserts. “That represents an 18% reduction in child mortality, compared with 2000.” That’s wonderful news. But it’s not good enough.

We would never tolerate 18% as “good enough,” if American or European kids’ lives were at stake, or if a 70-90% reduction in disease, misery and death rates were possible. And it would be possible, if we could end the lies and obstructionism that restrict access to mosquito killers and repellants that can dramatically reduce infection rates and the need to treat a quarter-billion cases of malaria every year.

But the lies and obstruction are prevalent, and effective. Here are just a few of the most egregious.

“Nets are just as good as insecticides.” Prevention should always be the first line of defense. That’s why we chlorinate drinking water and vaccinate people against measles, mumps, polio and flu. Insecticide-treated bednets (ITNs) certainly help and should be used. But they are a supplement to, not a substitute for, larvacides, insecticides and DDT that kill mosquitoes and keep them away from people.

Bednets help if they’re used regularly and properly. They don’t help if they’re torn, people are working, there are only enough nets for a family’s small children and pregnant women, or it’s too hot to sleep under one. Indoor residual spraying (IRS) eliminates behavior as a consideration; it protects everyone in the house, 24 hours a day.

“Bednets are more cost-effective than indoor spraying.” This assertion is backed by several studies, apparently financed by anti-pesticide groups and ITN manufacturers. However, the studies compare bednets with IRS using pyrethroids like ICON, instead of DDT. Pyrethroids are far more expensive and must be applied more often than DDT, which raises IRS costs significantly. The studies also fail to include all the costs associated with manufacturing and distributing the nets. Independent analyses found that nets are actually four times more expensive than spraying the inside walls of homes with DDT.

Much more important, spraying DDT once or twice a year keeps 80% of mosquitoes from entering the home, irritates those that do enter, so they leave without biting, and kills any that land. No other chemical, at any price, has these repellency and irritation features. DDT helps doctors treat more patients with often scarce ACT drugs and dramatically slash disease and death rates – often by 90% or more.

“Mosquitoes will become resistant to DDT.” This is highly unlikely. DDT use today is restricted to disease prevention, whereas pyrethroids are used extensively in agriculture and ITNs, greatly increasing the risk of resistance to these DDT “alternatives.” Once that happens both non-DDT indoor spraying and bednets will become far less effective, and malaria rates could skyrocket. In addition, there is no evidence that mosquitoes have ever become resistant to DDT’s repellency and irritation effects.

Moreover, reliance on nets and pyrethroid sprays significantly reduces prevention and increases the need for treatment. This can stretch scarce hospital, medical staff and drug resources to the breaking point. It increases the likelihood that malaria parasites will become resistant to Artemisia-based drugs, especially monotherapies. And it magnifies the pervasive and growing problem of substandard and counterfeit drugs replacing scarce supplies of reputable ACT combination therapies.

“DDT has dangerous side effects.” Greenpeace, Pesticide Action Network, Environmental Defense, International POPs Elimination Network and affiliated radical groups love to say “some researchers think” DDT and its break-down byproduct DDE “could” inhibit lactation, “may” weaken immune systems and are “associated with” low birth weights in babies. Not only is this rank speculation, but malaria definitely has all these side effects; it also causes severe brain damage, an inability to work for weeks on end, and agonizing death. Opposing DDT use on the basis of bogus side effects is infinitely worse than opposing cancer-curing chemotherapy because of the nasty and very real side effects of vincristine, asperaginase, methotrexate and other chemo drugs.

“DDT will poison the global biosphere.” Anti-pesticide zealots claim even indoor spraying with DDT will “contaminate” soils and waters for decades and “damage entire regional environmental systems.” Baloney. IRS involves small amounts of DDT on walls. The chemical and its derivatives break down. Detection does not equal destruction. Our ability to detect chemicals at the equivalent of one second in 32 years does not equate with damage to any organism, and certainly not to entire ecosystems.

There is no magic bullet. We need every weapon in our arsenal to control and eradicate this vicious disease. DDT and insecticides aren’t necessary or appropriate in every case – but when needed health officials must be able to employ them, without recrimination or retribution.

The “net” effect of these bald-faced lies is that anti-pesticide zealots are perpetuating poverty, misery, disease and death in malaria-endemic regions all over the world. Safe in offices made malaria-free by the very chemicals, technologies and prosperity they deny to others, these baby killers and their financial benefactors are violating the most basic human rights of people in poor nations: the right of access to technologies that enhance and safeguard life.
Their reign of terror must end, before they usher in a disaster of truly epidemic proportions.

Paul Driessen is senior policy adviser for the Committee For A Constructive Tomorrow (CFACT), which is sponsoring the All Pain No Gain petition against global-warming hype. He also is a senior policy adviser to the Congress of Racial Equality and author of Eco-Imperialism: Green Power - Black Death.


Robert Novak is professor of medicine at the University of Alabama at Birmingham and has devoted much of his life to combating malaria.
Posted by Rich Kozlovich at 9:40 PM