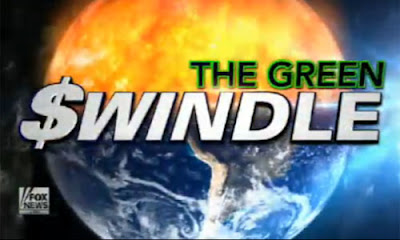 Every time you see some product being sold as “Green”, allegedly safer or beneficial for the environment, you can be sure that it is more expensive than a comparable product that does the same thing without making this claim.

Everything you eat, drink, wear or use begins as a “natural” product. It is absurd to think that calling it “Green” improves it in any fashion. Countless inspections before anything reaches the marketplace ensure product safety. To put it another way, a carrot is a carrot is a carrot.

Recently I received a news release from a public relations firm touting clients selling Green products such as “Parsley Plus All-Purpose Cleaner”, along with “stylish organic bed linens, “natural and organic clothing”, a “99.6% natural line” of shampoos, and, “100% Bamboo towels.”

In a similar fashion, every time you hear a corporation claiming it is concerned about the environment you can be sure that it is trying to protect itself against lawsuits from environmental groups or Environmental Protection Agency action that will eat into its profits and dividends.

A recent Wall Street Journal article, “Misleading Claims on ‘Green’ Labeling” cited a study asserting that “more than 95% of consumer products examined committed at least one offense of ‘greenwashing’, a term used to describe unproven environmental claims, according to TerraChoice, a North American environmental-marketing company that issued the report.”

“Environmental-marketing company”? By reading further down in the article, one learns that “TerraChoice was recently acquired by Underwriters Laboratories, an independent product-safety certification organization”, adding that both companies “could benefit if more manufacturers seek third-party verification of the eco-claims.” You think?

Consumers Union, an independent testing company, has built its reputation on its review of various products. Underwriters Laboratories has done the same, but there is no reason to believe any Green product claim, particularly since TerraChoice has announced it is probably a scam. Not surprisingly, third party certification has been offered by some major environmental organizations as yet another way to raise a few bucks.

It is no accident that the term “greenwashing” is akin to “brainwashing”, a term that came out of the Korean War when it was learned that American prisoners of war were subjected to “re-education” by their captors.

Communists have always been big on re-education, a practice of nations such as China, Vietnam, North Korea, Cambodia, and others where you were expected change your mind and learn to love Big Brother. The alternative was that you either stayed in their concentration camps or were systematically murdered for the crime of having been an intellectual, a landowner, or a bourgeois capitalist.

Communism murdered more people in the last century than all its wars combined.

Environmental organizations, in league with an unquestioning mainstream media, have been greenwashing and brainwashing the public for decades. It usually takes the form of scare campaigns and, in the case of supermarket products, it is directed a chemicals, plastics, how livestock is raised, or some other totally superfluous “issue” that has nothing to do with the quality, price or safety of the product. The object is always the same, to lay a guilt trip on the consumer, i.e., to greenwash them.

Green product claims go hand-in-hand with the metastasizing Green regulations whose bottom line raises the costs of everything in America these days. Angela Logomasini of the Competitive Enterprise Institute is an expert on regulatory affairs. When it comes to the environment, Congress passed 1,163 new laws between 1973 and 2006. Ms. Logomasini found that only 85 of those statutes reduced government regulation, while 795 increased it. The remaining were deemed to lack significant regulatory impact.

Currently, the Environmental Protection Agency that generates the new laws and regulations is totally out of control. It has been on a regulatory binge anticipating a Congress controlled by Republicans. Nothing rational explains President Obama’s continued reference to greenhouse gas emissions, Green cars, and, especially, Green jobs when so many Americans are out of work..

The EPA, created by Richard Nixon with an executive order in 1970, has to be downsized to its original mandate, ensuring clean air and clean water. When it began to define rain puddles as navigable waters and ordinary dust as a pollutant, you have to know just how crazed and dangerous it has become.

It will take a generation or two for Americans to shake loose of the insanity that is environmentalism. Long seen as a religion, it seeks total control over every aspect of your life.

I would like to thank Alan for allowing me to publish this in Paradigms and Demographics. Alan publishes hard hitting, insightful, factual bottom line articles daily at Warning Signs. For more information about Alan's background please read, "On Writers, Professional and Otherwise".  RK
Posted by Rich Kozlovich at 7:46 PM