I published this some time back, but I think that it is worth publishing once again with some updates. RK

When you start to look at these “studies” touted by the activists you find that there is one common thread. They are full of weasel words and phrases. This gives them a great deal of wiggle room because they never come out and definitively state that things are factual….they are always ‘maybes’, and always scary ‘maybes’. Did it ever occur to anyone that these “Weasel-words and Phrases” are perhaps just somebody’s unfounded printed accusation, or perhaps some professional’s words for guessing? When this stuff makes it into print, they never give the impression that this may be not only a minority opinion, but may be viewed as …..well……whacky……by the rest of the scientific community.

Anthropogenic Global Warming was one such idea that was considered laughable; at least until the government started feeding huge amounts of grant money into studying it and then it became “science”. Especially since only those who promoted it got the money. All the “science” has turned out to be wrong or fraudulent; but what has that to do with grant money? After all, truth is no longer the Holy Grail of science…..The Holy Grail of science is now grant money. 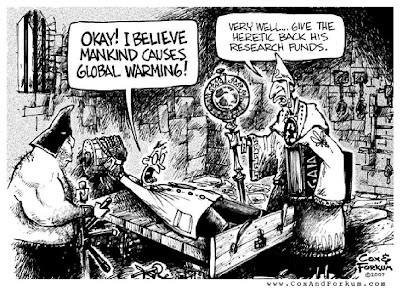 I have been keeping an updated running list of Weasel-Words and Phrases. You might find them amusing…..You will also notice that these phrases appear in all these “studies” that make outrageous claims against chemicals.

1. Might cause
2. Studies suggest
3. Could cause
4. The long term effects are unknown
5. Linked
6. Voiced concerns about
7. Expressed some concern
8. Experts fear
9. Warning that the chemical could be causing neurological and behavior effects in unborn babies and young children
10. Negligible concern is still expressed
11. Minimal concerns
12. Still leaves doubts
13. Warning of a great cause for concern
14. Some scientists were critical
15. Researchers hypothesize
16. Suspected hormonal imbalance
17. Many scientists say
18. Still, some environmental substances remain suspicious
19. Data is yet inadequate to make a judgment, however the weight of the evidence says we have a problem
20. But government scientists cautioned that their finding is highly preliminary because of the small number of women and children involved and lack of evidence from other studies.
21. May make women more likely to
22. We've used a new research technology to generate hypotheses and possible associations
23. Probably to blame
24. Ecologists are worried that
25. It has been found through laboratory analysis that (X) substance is present in
26. While further study is needed to understand the impact, it is unlikely (or likely) that
27. While voicing caution on the link to (X), concerns were echoed widespread that, if left unregulated, (X) could hurt the environment.
28. Have the potential to significantly promote
This one is my favorite
29. The simple truth is that the way we allow chemicals to be used in society today means we are performing a vast experiment, not in the lab, but in the real world, not just on wildlife but on people
30. Factors suggest
31. In sum, however, the weight of the evidence says we have a problem. Human impacts beyond isolated cases are already demonstrable. They involve impairments to reproduction, alterations in behavior, diminishment of intellectual capacity, and erosion in the ability to resist disease. (This turned out to be a lie)
32. Mounting evidence" that these chemicals "may trigger hormonal changes."
33. There is a serious connection to….
34. “scientists are still unsure of the long-term neurotoxicity of pyrethrins and pyrethroids, particularly among children and those susceptible to allergies.”
35. contrary to the overwhelming impression conveyed by scientists and politicians.
36. When “scientists say” or “science says” is a common locution.
37. "Is'' becomes "may be;'' "proves'' becomes "validates;''
38.  Providing mechanistic plausibility.
39. May be more susceptible
40.  Are associated with


I guess that the 100 to 300 million dollars (and that number keeps going up) spent by chemical companies to meet the required testing by EPA in order to introduce a pesticide into the environment is meaningless.  Then again....perhaps I am being too concerned about that which is factual, truthful and provable.  Oh...wait!  It just dawned on me.  Perhaps I can get in on this 'grant money express'.  Let's give this a try......

There is something in the environment that might cause something because scientists state that studies suggest something could cause long term effects which are unknown due to possible links to some unknown substances that some have expressed or voiced some concerns over. Experts are issuing this warning for fear that this something could be causing some effects in unborn babies and young children. Although negligible or minimal concern is still expressed, studies still leave doubts; therefore questions remain.

Some scientists were critical and felt a warning of a great cause for concern should be issued because researchers hypothesize that something may cause a suspected, or even an unsuspected something. Many other scientists are quoted as saying that; “Still, some environmental substances remain suspicious although the data is yet inadequate to make a judgment, however the weight of the evidence says we have a problem with something.

Although government scientists cautioned that their finding is highly preliminary because of the small number of women and children involved, and lack of evidence from other studies. It is possible that this should make women more likely to be concerned because we've used a new research technology to generate hypotheses and possible associations which suggest something is probably to blame.

Other scientists say that ecologists are worried that it has been found through laboratory analysis that some substance is present in something and while further study is needed to understand the impact, it is unlikely (or likely) that something could have the potential to significantly promote something. While voicing caution on the link to something, concerns were echoed widespread that, if left unregulated, something could hurt the environment.

The simple truth is that the factors suggest that if we allow something to be used in society today, it means we are performing a vast experiment, not in the lab, but in the real world, not just on wildlife but on people; in sum, however, the weight of the evidence says we have a problem. Furthermore, due to the growing body of assertions; there is mounting evidence that something may trigger something.

Email ThisBlogThis!Share to TwitterShare to FacebookShare to Pinterest
Labels: My Commentary, Weasel Words