Today is September 11, 2020, and nineteen years have passed since Islamic terrorists flew two planes into the World Trade Center Towers.  For someone my age (74), that was just yesterday.  Although it shouldn't be, it is a bit startling to realize how many adults today don’t remember that event.  While my generation knows a lot about Pearl Harbor, we have no personal memory of it.  However, when it comes to remembering Pearl Harbor for my generation, and 9/11 for the modern generation, there's a difference between my generation and the current crop of young people?  What is it?  Societal paradigms and education!  I will cover that later.

Just as those who were alive when Pearl Harbor was attacked, I vividly remember 9/11.   The west became complacent when it seemed the Cold War was over and everything was fine.  I knew that wasn’t true.  I knew the cold war wasn't the end of concerns. I knew Islamists were going to be a problem.  What I didn’t know is we would have Presidents - Clinton, Obama and supported by efforts by Jimmy Carter - who would actually help America’s enemies, such as Iran, N. Korea and China especially.

Although we all should have known.

Nixon was the key to understanding what was going on, but I wasn’t old enough, experienced enough, or knowledgeable enough to understand his foreign policy toward China was fundamentally flawed and practically treasonous.  Because of Nixon, we’ve been funding their economic and military expansionism, which is in direct conflict to the good of the United States.  And that was their intention from the beginning. 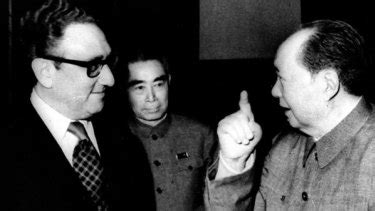 But all those weaknesses in my understanding changed, and I later clearly understood the reason for Mao's invitation. China was in serious internal trouble, and its economy was disastrous, and it seems to me, the Chinese communists were in deep trouble.   Nixon bailed them out and made them a world trading partner.  What Mao wanted was to save his economy, stay in power, and eventually force the west into an inferior economic and military position to China, and get the west to fund it. And it happened, and there are those who are leaders in industry, government and politics who want it to continue for their own benefit.

As a result, none of what’s happening now should surprise us, except for one thing: We finally have a President that sees the problem as it is, and not as the media and ruling classes attempt to present it.

Having had to deal with the EPA, environmentalists and other misfits for many years representing my industry, I knew the bureaucracy was corrupt, and that corruption was created by elected representatives from both parties, especially starting with - again - Nixon, who created the Environmental Protection Agency (EPA), the Occupational Safety and Health Administration  (OSHA), passed the Endangered Species Act (ESA), and a host of  other "green” laws.  All of which have been out of control for years.  All of which are anti-capitalist.  All of which are anti-American. All of which impose fundamentally unconstitutional regulations.  All of which the nation is struggling with today.

But here's what has taken me by surprise.   The extent and depth of treason going on within all these government agencies, and throughout every level of government in America by government officials, elected and un-elected, military and civilian.  There’s a reason the phrase “The Deep State” has been coined to explain them.

Its been known for years the government of the United States during the Roosevelt years was the most heavily infiltrated government in the history of the world.  Senator Joe McCarthy was contemptible in many ways, accusing innocent people of being communists, but he was right in his contention the federal government was filled with communists, socialists, Stalinist agents and fellow travelers.  All of which was proven by the release of the VENONA intercepts, and by the release of the Soviet Union's files after it's collapsed.   Information FDR, Truman and Eisenhower all had to know about.
Much of our domestic problems are startling, however, all of the reactions by the world’s nations should have been predictable!  All one has to do is just take a look at the history of Islam and the West for hundreds of years.  Nothing has changed.  These “leaders” today are just as spineless and self-serving as were the rulers in Europe all during the Middle Ages, the Crusades, and during the incursions into Europe by the Ottoman Empire.  In some cases actually supporting the Ottomans against their fellow Christian kings for their own gain.

Our “leaders” in industry and government are just as spineless and self-serving as they were.  What took me by surprise is how easily America’s ruling classes became just as corrupt, conniving and treasonous as were those in Rome and Byzantium, all to the detriment of their societies, and ultimately their very existence.   If this continues, America’s existence will be in question.

Another thing that has surprised me is how easily Americans became lemmings over this coronavirus scare mongering con job.  Knowing how scare mongering molds societies intellectually from history books is one thing.   Seeing it as a living reality is entirely another.  Seeing how easily these misfits have manipulated members of our society against each other seems to be nothing short of a practice run for bigger take overs. 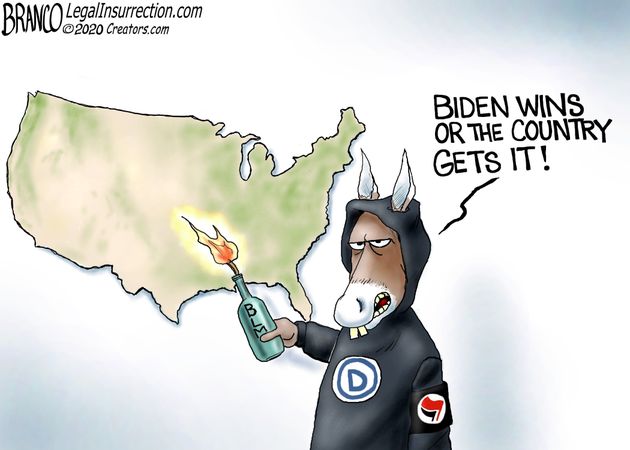 I have grave concerns for the continued existence of America.   George Friedman's book, The Storm Before the Calm, covers the cycles of American transformations,  and how America still remained America.  And that’s because all those generations were taught history as it should be taught.

Education in America now teaches America’s children to hate America, and that it needs to be “fundamentally transformed” into Cuba.  And these kids believe it, and they’re acting on it by burning down America’s cities, with threats to burn down the entire nation if Biden isn’t elected, and the media and elected officials enable and excuse them.

As for remembering Pearl Harbor versus remembering 9/11, this is a twofold problem:
America is in crisis, and we need to remember 9/11 for the horrors suffered by the 2,977 who died there.  But we need to define it for what it truly was:  A symptom of a terminal political cancer eating away at the vital organs of the nation.

Posted by Rich Kozlovich at 7:17 AM